Orania is not a home for racial bigots

While some newspapers refuse to publish anything positive about Orania on the grounds that it might offend some, Leon Louw of the Free Market Foundation went there and found it clean, hospitable and tolerant, according to Business Day. 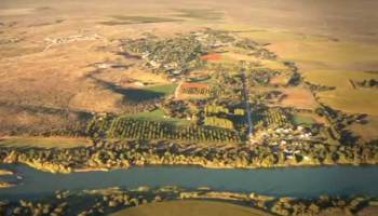 I went to the heart of darkness, Orania (in the Northern Cape), the notorious white Afrikaner separatist apartheid enclave in precisely the middle of SA.

That, at least, given the prevailing narrative, was how I imagined it. Conceptions of Orania are so extreme that, last week, The Citizen (a newspaper created for apartheid propaganda in the 1970s), rejected a descriptive column about Orania by columnist Andrew Kenny. Having anything good to say about the place "might be interpreted … as tacit glorification of segregation and … offensive to victims of apartheid". It is not that the column was inherently offensive that was a problem — it was benignly descriptive — but the presumed inclination of readers to misconstrue truth.

Why do so few people in such a tiny, virtually valueless semi-desert enclave who harm no one and ask for no more than to be left alone engender extreme vitriol among so many? Two black South African presidents, Nelson Mandela and Jacob Zuma, the leader of the Economic Freedom Fighters, Julius Malema, and other black South Africans have not only visited Orania, but they have complimented it.

"Orania is part of us, and we are part of them," said Zuma after his visit. He praised Orania’s co-operation agreement with nearby Xhosa communities and said Orania wants to "co-operate with other communities so that everyone can learn together". He held Orania founder Carel Boshoff’s hand affectionately as they walked. "The president’s visit will be remembered as an outstanding day," said Boshoff.

Malema was widely reported as having been unexpectedly welcomed "with open arms".

I agree with Kenny that the heart of darkness had more heart than darkness. He regards Orania as a legitimate cultural community that could be emulated by others. They are law-abiding, pay taxes and expect nothing in return. Autonomous Amish, Quaker, Romansh, Basque and Mormon communities, to mention a few of many worldwide, come to mind.

Unlike Kenny’s unpublished column, this one is not about Orania’s conspicuous efficiency, cleanliness, safety and hospitality; or that there is no security fence, virtually no crime, and environmentalism dating back to the early 1990s. It focuses instead on Orania’s defining issue, race.

Orania complies with South African laws, including, they insist, nonracialism. Libertarian conference delegates interrogated Oranians about race. Oranians insisted they are concerned about culture, not race. Afrikaner Christians of colour — most Afrikaners are not white — would be as welcome as whites.

A black delegate assured me that his colour never seemed to matter or even be noticed by anyone from white menial labourers to community leaders. "I wouldn’t mind an Orania for my people," he said. Orania shows that "people can do things for themselves" and that belief in government dependency "is a disease".

When asked why there is such incendiary hatred of the idea that people characterised by real or imagined racism might be relegated to an isolated dot on a map, and why it is a problem rather than a solution, former anti-apartheid revolutionary Temba Nolutshungu said: "I imagine Orania to be an oasis in a desert. Its success is its problem. If it were a failure, it would be ignored. If Orania is allowed to succeed without black labour or government largess, it will debunk two politically tenacious narratives: that whites prosper on the backs of black labour, and that civilians need government welfare."

Orania is like a Punjabi wedding: easy to experience but impossible to describe. Whether it is truly nonracial will be known when black, coloured, Khoisan or Griqua Afrikaners apply for permanent residence, as they are increasingly likely to do.