Is there a better tax system than the current monstrosity?

Category Tax
Is there a better tax system than the current monstrosity? Stephen Meintjies and Michael Jacobs put forward a bold alternative in their newly published book Our Land Our Rent Our Jobs: look at the high growth economies such as Singapore and Hong Kong and follow their lead by imposing a "resource rental" on land. 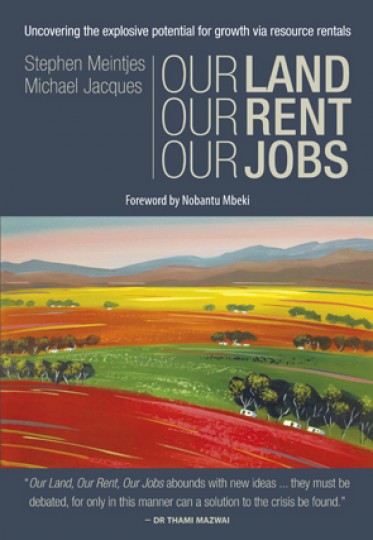 Is there a better tax system than the monstrosity currently in place?

Stephen Meintjes (director of Imara SP Reid) and the late Michael Jacques, authors of Our Land, Our Rent, Our Jobs certainly seem to think so. What if we could replace income tax, VAT, customs duties, excise, sin taxes, fuel levies, Unemployment Insurance Fund (UIF), Skills Development levies and every other “tax it if it moves” impost with a simple-to-collect tax based on land value?

There is so much invested in the current tax system that it is hard to imagine an alternative. The cost of administering SA Revenue Services is about R10bn a year, and there are an estimated 2,000 registered tax professionals lumping another R1bn on top of that as fees. A far greater cost is the combined hours and expense incurred by companies, executives, lawyers and the courts dealing with tax matters. That’s a stubborn oak to cut down. But cut it down we must if we want to unleash the true potential of the economy, say the authors.

Then there is the complexity of the tax system. A report by PriceWaterhouseCoopers (PwC) among the top 50 companies in SA found they were subjected to 21 taxes divided between profit, property, employment, indirect, environmental and other taxes.

There are multiple alternative ideas to the current tax system, but most have the effect of stifling economic growth and job creation. The authors argue that the existing system punishes enterprise and ingenuity. Hence, tax on profits discourages profits. Value-added tax (VAT) discourages adding value and expenditure. One frequently proposed alternative is to remove all other forms of tax in favour of increased VAT. This would encourage savings since to pay less tax, people would spend less. SA’s national savings rate is notoriously low precisely because there are insufficient incentives to save.

The solution proposed by the authors seems implausibly simple:  establish a national land database and impose a “resource rental” on the land itself. This is how most municipalities used to value land for rates and taxes prior to the introduction of the Local Government Municipal Rates Act of 2004. The authors argue that this resource rental could be phased in over a few years and gradually replace all other forms of tax. The fact that municipal site valuations were so widely employed prior to 2004 means the proposal has a better chance of succeeding in SA than in almost any other country.

How would that help the economy? For one thing, all land would be subject to resource rentals, so communally-owned farms and redistributed land would have to be productively used in order to afford the rental. For that to happen there would have to be security of tenure – such as leasehold and freehold title – as a precondition for gaining access to credit markets and so free up billions of rands in “dead capital” currently tied up in under-utilised land.

Under this scheme, government would become essentially a rent collector. Airports, toll roads, marine resources, oil concessions and the electromagnetic spectrum would all be treated as rent-earning assets. The income from this would over time not only replace all current forms of taxation but by unlocking productive capacity, generate much higher receipts for government, both local and national. Local governments in particular would no longer be dependent on hand-outs from central government, and so deliver better quality services to residents.

You would pay rent on your land only, not on the improvements you make to the land – which would be deemed the fruits of your own ingenuity, and therefore for your pocket.

This sounds Pollyanish, but is there any precedent for this elsewhere in the world? There are quite a few stunning examples, including right here in SA. The land tax as it was commonly known played a crucial role in the industrialisation of Japan and Taiwan, before it became abused by various vested interests. Hong Kong and Singapore are interesting case studies in that the governments own virtually all land and derive considerable revenue from the land for the benefit of all. This in large measure accounts for their low tax rates and consistently high economic growth rates.

It may be that a home owner in Bryanston, Johannesburg, living in a prime residential area will pay R50,000 or more a month as a resource rental on that land. This sounds like a preposterous amount, but it should be remembered that someone in this income bracket is already probably paying more than this in income tax, VAT, fuel levies, property rates, and so on.

The preamble to the Constitution says South Africa belongs to all who live in it, and that includes all natural resources such as land, air and water. But most land has been sold off as private property, so locational advantage and the resource rental which accrues from this is for the benefit of private property owners.

The current system punishes the poor in several ways. A subsistence farmer with no legal title to land has to pay VAT on goods whose prices have been inflated by duties and taxes.
Adam Smith in Wealth of Nations spelt out the basis for a just tax system: it should be equitable (taxes being levied according to abilities), certain, convenient and efficient.

Though Adam Smith is considered the father of the modern tax system, the authors believe he would be shocked at the “odiousness and intrusion of most taxes”, particularly taxation of company profits and on labour.

For a country is search of inspiration, here’s an idea that deserves a decent airing.

This article first appeared on Moneyweb.