Africa: why economists get it wrong

Category Africa
Book review: Africa - why economists get it wrong. Katrina Manson reviews this contrarian look at why so many economists get it wrong when it comes to Africa. To which we would add that looking at pure economic growth numbers creates a misleading picture. Far more useful is to study the demographics of Africa and its surging informal sector. 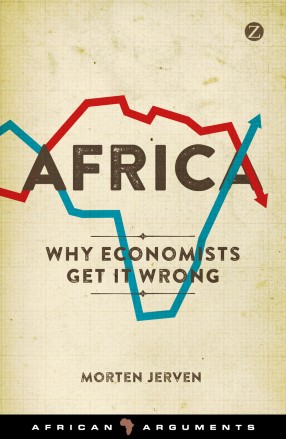 Busting conventional wisdom on Africa is becoming something of a trend. Analysts have recently sought to paint the continent as a rising one — marked not by war and pestilence but by aspirational consumers who, no matter how little money they might have, keep on spending.

Growth rates for sub-Saharan Africa outstrip those of almost all other regions in the world save emerging Asia, so it seems such contrarians have a point.

But Morten Jerven is more interested in exploding a different piece of conventional wisdom: whether Africa ever stopped growing at all. His short book rails against those who share his craft. He says there was no "chronic failure of growth" and that economists should stop looking for damning explanations for something that never happened.

Instead, he wants us to think of African growth as cyclical or episodic rather than failed. He reserves particular scorn for Paul Collier, the Oxford academic who popularised the idea of the "Bottom Billion" — the mass of poor people who live in low-growth societies.

His big claim rests on the idea that African economies have grown much more than many think, and that his colleagues simply did not notice — in part down to bad data, in part down to a bloody-minded attachment to a doctrine of postcolonial African failure that he never fully explains."The bottom line is that there is no ‘Bottom Billion’," Jerven argues.

The corrective he offers, which forms the central tenet of his book, instead says African economies by and large grew through the 1950s, 1960s and 1970s. In a similar vein, he dismisses various explanations for Africa’s so-called poor performance, from malaria and colonialism to bad institutions and ethnic tensions.

The problem with all this, refreshing though his analysis may sound, is the persistence of poverty in Africa. In his re-examination of 1960s data sets, Jerven risks overlooking the obvious.

Yes, literacy rates may have risen and much more growth may have occurred than many understand, but more than 600-million Africans have no electricity, life expectancies are woefully low, and inequality and poverty persist on a shameful scale.

Jerven has previously published on the problem of inadequate data in Africa, a worthy exposé on which his argument here also in part relies. But this latest book, in which he says policymakers are getting it wrong because they misread economics, appears more interested in a debate about econometrics and the role of history in economics than in the broader issues at stake.

He claims that the governance shortfall in Africa has been overstated and that "good governance is an outcome of development and not a prerequisite for it". That is probably a claim too far, one that muddles the link between growth and development, and risks backfiring: Africa would hardly benefit from abandoning the pursuit of good governance.

Jerven ridicules the combination of seeming precision and extreme volatility that marked South Sudan’s economic forecasting — from a 54.98% contraction in 2012 to 69.62% growth in 2013. But while recognising the reason for the swing — a huge boost in the flow of petroleum — he omits the wider context: a battle of wills between South Sudan and its former oppressor, the Khartoum regime from which it had just seceded. Today, petroleum flows are subject to the turns of a bloody civil war within South Sudan; famine looms.

In his rush to analyse the quality of data, Jerven’s discussion of policy is also unsatisfying. It may be useful to question the use of terms such as "good" policy, which he mockingly associates with liberal orthodoxy; Ethiopia and Rwanda’s authoritarian governments have after all achieved high growth.

When it comes to his own prescription, Jerven identifies "self-sustained growth" as the answer. But it turns out that, for him, such an approach involves orthodoxy after all: he says it will emerge only as a result of favourable world markets, the right political conditions, securing inputs such as transport and labour, and orthodox market policies.

Jerven’s is a stimulating book, but it casts more light on the inadequacy of other people’s theories than on the problems and promise of Africa itself.