Rian Malan reviews RW Johnson's book, How Long Will South Africa Survive: The Looming Crisis. Johnson first published this book in 1977, predicting that economic and moral pressure would defeat apartheid, not the ANC's armed struggle. Turns out he was dead right. Will he be right this time with his dire prediction for SA? 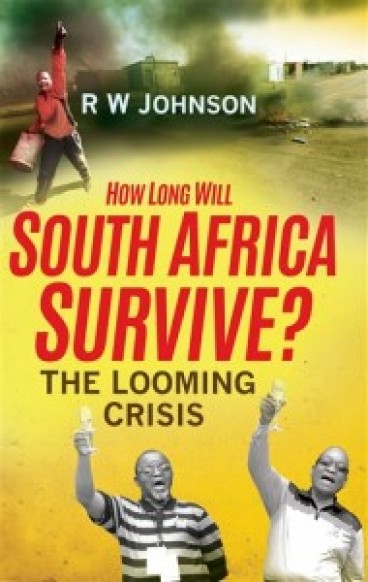 I think this should begin with a truth-in-journalism disclosure: I know R.W. Johnson well enough to call him Bill. Since this opens me to charges of bias, let me start by acknowledging that Professor Johnson (a former leader of the ‘Magdalen Mafia’ at Oxford and author of a witty book on the subject) is unpopular in certain circles down here in South Africa. In spite of his record — 12 books, platforms at several esteemed British publications and an engaging prose style — Johnson has been shunned by local book fairs and banished from our op-ed pages. In the early 1990s, the African National Congress went so far as to attempt to shut him up in London, too, sending an emissary to tell several British editors that the man was a reactionary whose scribblings should be suppressed.

This animus dates back to 1977, when Johnson published the first version ofHow Long Will South Africa Survive?, a book remembered today for its central heresy: he described the ANC’s armed struggle as a feeble affair and predicted that the apartheid regime was more likely to be toppled by economic and moral pressure from its western trading partners. In 1977 this was greeted by jeers from the left, but Johnson turned out to be spot on: the ANC’s guerrilla campaign fizzled, while sanctions and disinvestment campaigns drove Pretoria into a position so desperate that it seemed almost relieved to surrender once it became clear that the ANC’s Soviet backers were collapsing.

And now we have How Long? Mark II, a book that bears the same title as its illustrious predecessor and wrestles with the same question.

Johnson opens his argument with an extended vignette involving Mandla Gcaba, a nephew of Jacob Zuma and according to Johnson, one of the state president’s key backers. Gcaba is a boss in the taxi business, a man whose foot soldiers defend their turf with heavy weapons. He is also linked to a police constable named S’bu Mpisane who vanished just before testifying in a murder trial that threatened to put the president’s nephew in jail. When the heat died down, S’bu came back to life, married into Zuma’s ‘Tammany machine’ and began to move up in the world. Today, still a policeman, he owns a mansion worth 94 times his annual salary and, according to Johnson, bought his wife a Rolls Royce for Christmas.

There are many similar stories in today’s South Africa, and they provide Johnson with one of his central themes. The rule of law is threatened, he says. Police are bent. A stench of corruption hangs over government, and those in a position to check the rot are often themselves contaminated by scandal. By now, all the world knows about President Zuma’s sprawling rural residence, built at taxpayers’ expense by contractors whose charges seem to exceed the explicable by a factor of ten. There are many similar stories in that regard too.

According to Johnson, Zuma’s extended family has benefited hugely from the patriarch’s accession to power, acquiring a financial empire that extends from hi-tech enterprises in Johannesburg to oil plays in the Congo basin. His tribe has done rather well too: Zulus now constitute the largest voting bloc at ANC conferences and occupy key ministries in Zuma’s cabinet. On the next rung, we find a network of what Johnson calls ‘warlords and patronage lords’ running the provinces, and below them, a new class of black businessmen and government mandarins who work together to divert state resources into their own pockets. As Johnson sees it, this ‘predatory’ elite can feed its voracious appetite only by redistribution away from others, in the process impoverishing everyone but itself. ‘This is not some form of aberration from the liberation struggle,’ he says. ‘A glance around Africa shows that this is liberation.’

Ten years ago, Johnson would have been crucified for saying such things, butHow Long? Mark II was greeted by an ominous silence here in South Africa, making its way on to local bestseller lists without any review attention, not even attacks from Johnson’s enemies. It seems even they are reconciled to the fact that Johnson is right again: South Africa is in crisis.

As befits a man steeped in the Oxonian PPE tradition, Johnson views the world primarily through an economic prism, and what he sees in South Africa is darkness descending. Our manufacturing and mining industries are shrinking, strangled by declining productivity, soaring wages and laws that terrify potential investors, inter alia by requiring whites to hand large chunks of their businesses to black empowerment partners. The only sector still growing is the public one, where civil servants earn staggering salaries and often do little in return. Sceptics in this regard should read Johnson’s reportage on South Africa’s schools, which are funded at the highest rate in the developing world and produce (at least in maths) the second worst results on the planet.

How long will this last? In Johnson’s view, the end could come tomorrow, or perhaps a few years hence. All that is clear is that South Africa’s spending on social grants, civil service salaries and rampant baksheesh is unsustainable, and the day of reckoning will come. The consequences are likely to be awful for all concerned, including liberals who were counting on Mandela’s liberation movement to smash the evil doctrine of Afro-pessimism and lead the dark continent into light. As Johnson sees it, that issue is already settled: 20 years of ‘suicidal’ policies and ‘almost complete fecklessness’ in their application show that the ANC is ‘hopelessly ill-equipped’ for the task of running a modern industrial economy. All that can save us now, he concludes, is the ANC’s unlikely ouster in an up-coming election.

In the interest of objectivity, I must acknowledge that Johnson pays little attention to the ongoing global economic crisis, a factor that has reduced other emerging economies to penury through no fault of their own. Other than that, he has written another immensely readable and disturbing book. Let us pray that his prophecies are this time mistaken.

* This article first appeared in The Spectator.