2 recent judgments that restore hope in the judiciary

Category Corruption
Noseweek highlights two recent judgments that give cause for hope. One where the judge ordered a half-built building in Durban to be demolished, and another where the judge slammed delaying tactics and abuse of police and private investigators by deep-pocketed litigators. 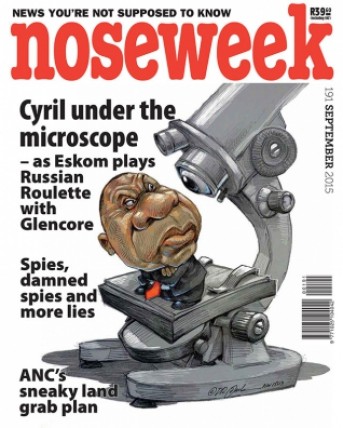 In these desperate times, when our national institutions are collapsing under the weight of corruption and incompetence, light at the end of the tunnel! I have found a glimmer, a spark in two exceptional high court judgments delivered this year by two judges who have the courage to acknowledge and face up to this national crisis: judges who are brave enough to face the reality that, if they are to achieve an effective, fair result, they should have less time for costly, time-wasting legal technicalities and shift the focus to how best to achieve a just and practical result in the present circumstances.

These judgments may not have reached the law reports, they may not even make it past the M’luds of the Supreme Court of Appeal, but they certainly deserve to be recorded and celebrated.

Last month Noseweek reported on a judgment delivered by acting judge Esther Steyn in the High Court in Durban. To recap: the governing ANC majority in the eThekwini metro council had voted unanimously – for reasons to be guessed – to approve a developer’s plans for the construction of a nine-floor Berea apartment block that contravened zoning, height, bulk and other planning regulations. It deprived numerous neighbours of their views and privacy, destroying the green aesthetics of the grand old neighbourhood and substantially reducing the value of neighbouring properties – all without giving neighbours prior notice, sight of the plans and the chance to lodge their valid objections.

By the time the neighbours saw what was happening and applied for a court order compelling the council to follow proper procedure, the building was already soaring above them.

Acting Judge Steyn quite reasonably saw no point in referring the matter back to the council, which was fatally compromised and unlikely to reverse its earlier, unlawful approval. If it did, the council could face a potentially huge damages claim from the developer; the applicants would have to come to court again, time would have to be wasted and the building completed; costs and risk to all parties would have escalated hugely.

The only practical way justice could be served was if Acting Judge Steyn ordered the immediate demolition of the half-built structure. Which is what she did – to the great dismay of the developers and their lawyers.

But, they sputtered, the applicants hadn’t even asked for a demolition order! No, but they had asked for justice – and the court, faced with a reckless developer and a lawless and incompetent local authority, found the only rational way to deliver it.

The second judgment to celebrate was delivered in February in the South Gauteng High Court in Joburg by Acting Judge NA Cassim, in the application of Mark Stevens (the first of 18 applicants) against Magistrate Theresa Swart of Germiston and three officers of the East Rand Organised Crime Unit.

On the application of the police, the magistrate had issued subpoenas, requiring various banks and brokers to make their records available for inspection in order to track the financial dealings of the suspects. But over the past three years the suspects and their bankers have launched several applications to suspend or set aside the subpoenas, stalling the investigation for all that time.

They wanted the subpoenas set aside on the grounds that the officer responsible is known for using such subpoenas for corrupt purposes, they stated in a supporting affidavit. Their own attorneys, Werksmans, and private investigators SSG, had previously used him for such corrupt purposes.

Taking all these factors into account, Acting Judge Cassim felt called upon to preface his judgment with an assessment of the current state of law enforcement in South Africa. Some extracts to give you the drift:

“It is necessary for me to veer beyond the scope of the (court) papers to put an element of realism in what is sought in this application…in the context of the state of law and order in the country. The judicial system and in particular the administration of criminal law, is in tatters… The leadership within the current NDPP (National Director of Public Prosecutions) is in turmoil and this does not inspire prosecutors to dedicate themselves to the arduous task of properly prosecuting crime in a crime-ridden country…nor is there is a civil service with the ethos (necessary) to do civic duty. It is no secret that the government of the day considers it necessary to staff public positions with its supporters under the guise of transformation when what the country needs is good and able people to manage the organs of state to realise the greatest good for the greatest number of people.

“Recently, the Supreme Court of Appeal observed that there may be merit in the perception of ordinary people that we have two systems of law, one for the wealthy and the other for the poor. In particular that wealthy people armed with the arsenal of lawyers, private investigators and other forms of assistance which only money can buy, are better placed in dealing with criminal charges and avoiding conviction and…incarceration.

“It is a regrettable feature, but a true component of criminal practice that criminal lawyers, particularly those regarded as top class lawyers, utilise private investigators who in turn have a network of policemen to do their bidding. The facts of this case amply demonstrate the practice… So rampant is the practice that Werksmans do not query or find it distasteful to hire SSG, who they know have an untoward relationship with senior policemen, who are their beck and call.

“…It is no secret…that police officers frequently visit the chambers of leading lawyers to take instructions in order to initiate a criminal complaint. This is an affront to the profession (but he) reality is that…to obtain a successful prosecution it is useful, if not necessary, to obtain the services of private criminal investigators to, literally speaking, prepare the docket on behalf of the police…our country, whilst bragging of a constitutional democracy, lacks the basic elements to make a constitutional democracy work. A country that has as its functional officers…people who cannot do the job, does not serve the interests of its people… The starting point of an effective change is an acknowledgement that not only the State, but the legal profession itself, have to be imbued with a value system in terms of which wrongful conduct is to be frowned upon….”

The judge suspected that the application to set the subpoenas aside had less to do with preserving respect for the law and was more likely intended to delay the investigation to the point where it would simply be abandoned.

The judge ordered that the NDPP be given immediate access to the subpoenaed documents in order to proceed with the criminal investigation without delay; at the same time he ordered that a senior prosecutor be appointed to supervise the police investigation, to ensure that the policemen accused of improperly assisting private investigators and that SSG do not make documents available to them for use by their clients.

A practical, just resolution to a typically (deliberately?) messed up case. As Acting Judge Cassim has the courage to point out and confront: Werksmans, their favoured private investigators SSG and their clients, JSE-listed companies, have as much to explain as the policemen they have corrupted. That’s where things have got to.