A total of 400,000 white expat South Africans have returned to the country of their birth since the onset of the global financial crisis in 2008. And despite affirmative action quotas that give preferences to black South Africans, they seem to have little trouble getting jobs, according to Moneyweb. 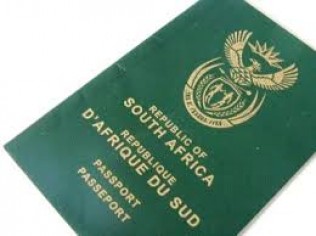 More than 400,000 white expat South Africans have returned to the land of their birth since the apex of the financial crisis in 2009.

We know this because Stats SA keeps close tabs on the racial identity of working-age South Africans, though the government has long since stopped measuring the numbers leaving and returning.

SA’s white population of working age (15 to 64 years) peaked at 5.9 million in 1973, but declined steadily to 3.9 million in 2009. Since then, the white population has risen to 4.3 million, a net gain of 400 000 over six years. That’s a substantial brain gain for the country, since most of these returnees bring vast international experience in finance, engineering, medicine and other professions.

Some employment agencies are specifically targeting expatriate South Africans to fill highly skilled positions in sectors such as engineering, mining and construction, and that is accounting for some of the migration back to SA.

Free Market Foundation economist Loane Sharp says returning whites have little trouble finding work because of the high level of skills they bring with them. “The truth of the matter is that SA has virtually zero unemployment in highly skilled professions, so those returning whites of working age – most of whom would be classified as skilled – are easily absorbed into the economy. Those without skills, or without sufficient skills, are those that cannot find work. This is why the overall unemployment rate for the country is officially above 26%.”

A variety of reasons account for the two million drop in the country’s white population between 1973 and 2009. Sharp says many of them left in the 1970s and 1980s out of a disdain for apartheid and fears over what the future held for their children. Those who left in the post-1994 era were pushed out by Black Economic Empowerment, crime and a deteriorating political environment. Thousands of young white graduates with little prospect of employment due to BEE quotas ventured overseas in pursuit of careers, usually in English-speaking countries such as the UK, US, Canada, Australia and New Zealand. Many of these are now returning armed with skills that are still in high demand in SA.

“South Africans working abroad got a rude awakening after the financial crisis in 2008 when they realised their overseas jobs were not as secure as they had once thought,” says Sharp. “Many of them realised there is no such thing as permanent, as in guaranteed, employment, and this is when they started to look for opportunities back in SA. This has been a huge net gain for the country, since we are acquiring skills that might otherwise have been lost forever to SA. In addition to this, they bring experience of working in highly developed economies.”

The Institute of Race Relations estimated that 841 000 white South Africans had left the country between 1995 and 2005, and by some estimates two million South Africans live abroad. Based on more recent figures, SA may be experiencing the biggest in-gathering of its Diaspora since the end of apartheid 25 years ago.

Philip Park, MD of recruitment agency Professional Career Services, says there is a notable influx of returning South Africans looking for work on his firm’s books. Ten years ago, they would have slotted into the larger corporations, but today it is medium-sized firms that are doing most of the hiring. A growing proportion of South African firms are hiring for projects in Africa and elsewhere, particularly in the construction and engineering sectors, says Park.