This isn't government, this is drivel

Politicians are not renowned for eloquence or truth telling, but recent statements from ANC luminaries are pure drivel. Like Public Works Minister Thulas Nxesi blaming "neo-liberalism" for his ministry's cock-ups, or ANC secretary-general Gwede Mantashe telling mining companies not to lay off workers just because they can't afford to keep them. Peter Bruce of Business Day explains. 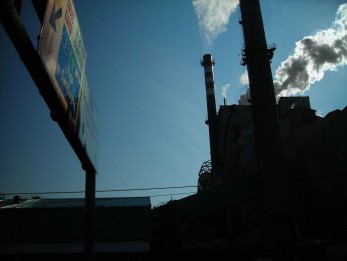 Even if Public Works Minister Thulas Nxesi’s assertion blaming "neoliberalism" for the overspend on Nkandla is a new low in our political discourse, don’t worry. There’s a lot more where that came from. He will soon be overtaken.

Nxesi is a former head of Sadtu, the African National Congress (ANC)-aligned teacher union that regularly walks out on pupils. Wait, now that I think about it, that kind of thing has slowed down since he left Sadtu and became a minister in 2009. Therefore he brings with him a particularly twisted world view, even by the current standard of ANC politics.

Two days ago he told the parliamentary subcommittee on Nkandla that "it will (sic) be incorrect to assume that behind the failure to comply with the supply chain management processes there is a politician. That is wrong."

Apparently the problem lay with outsourcing Department of Public Works projects such as hospitals and prisons to the private sector. "A lot of qualified built-environment officials were allowed to go out with the outsourcing and minimise the (role of the) state. It’s neoliberalism that the state must focus on its core function. But that’s part of the problem, the outsourcing and the downsizing of the public service," he said.

I got nothing, as they say in the movies. Where does one even start? With the fact that the public service has almost doubled in wage bill (if not size), since President Jacob Zuma came into office?

If Nxesi represents anything like a consensus in the Cabinet on the roles of the state and the private sector then this economy is truly doomed. I often wonder what Deputy President Cyril Ramaphosa thinks when he hears drivel like this. He can’t afford for a second to disagree. One frown and he has yet another ANC heavyweight ready to throw down his political life to stop a Ramaphosa presidency.

And it isn’t just Nxesi. Ramaphosa is in the land of the slightly deranged. I blame apartheid.

Even ANC secretary-general Gwede Mantashe — astute, educated and experienced — has been talking crazy stuff. And he is more than likely Ramaphosa’s most powerful ally when it comes to replacing Zuma in a few years’ time.

Responding to news that mining companies were considering mass layoffs because the prices of the minerals they mine have collapsed, this week Mantashe was warning them not to. Huh?

In a statement after an ANC national executive committee meeting he said, among other things: "Manufacturing is a key sector for reindustrialisation at the heart of our economy."

It is impossible to imagine the level of debate that ended with this withering insight.

"The state-owned companies remain critical economic levers of the developmental state. They must be optimally used to improve economic infrastructure and increase economic growth." There isn’t any part of that statement that is not proving to be the exact reverse at the present moment.

"While we appreciate that the price of minerals is inherently cyclical, we also noted that the decline of the (sic) demand for steel in the Chinese market and the dumping of cheap steel in SA, is impacting negatively on our economy." Erm, duh. ArcelorMittal SA has been complaining about dumped steel for years. Communist ministers like Rob Davies at trade and industry probably think the steel company deserves it. Is it only when mills start to shut down that Uncle Gweezy listens?

"Lekgotla, however, called for caution in the manner in which mining companies react to these challenges. It is concerning that their response has been the cutting of jobs, which instead of resolving the challenges is deepening the crisis." Mantashe’s problem is that the South African mining business is no longer worth the fight. The mining companies aren’t going to let a good crisis go by without making full use of it. They won’t be coming back, either.

"The strengthening of the state-owned mining company should continue as part of the objective to intervene in the mining industry and thereby radically transform the country’s mining landscape." Couldn’t leave that garble out. Why not nationalise the mines and shafts being abandoned? Or find black industrialists to take them?

I don’t think you would find any democratic and industrial economy in the world with a political atmosphere so thick with pseudo-Marxist claptrap.

As an amusement, I have printed myself a copy of Economic "Development" Minister Ebrahim Patel’s New Growth Path document from 2009. I think I am going to find a little space each week in this column to bring you snippets of this document’s wisdom.

It reads like a student essay, swirling with dreamy utopian rhetoric and empty promises. Reading it I could find just one area where Patel’s fantasies come even remotely true and that was in the growth of green energy. Now even that is to be stomped on by nuclear, which is decidedly ungreen. Here are some pearls from the New Growth Path original. Remember the salad days of 2009?