Category Politics
Is government finally waking up to the policy mess it has created in sectors such as mining and tourism?  Frans Cronje, CEO of the SA Institute of Race Relations, believes there is a glimmer of hope that may prevent the country sliding into the worst possible outcome - what he calls the rocky road. 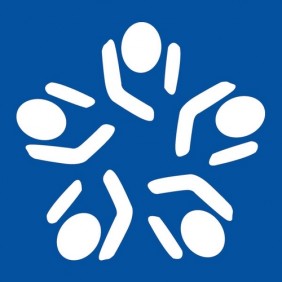 Government and business have their work cut out to prevent South Africa from sliding towards a ‘rocky road’ scenario. This is the worst of four ‘future’ economic outcomes for the country, as described by Dr. Frans Cronjé, CEO of the South African Institute of Race Relations (IRR), at the second annual i3 Summit hosted by Sanlam Investments and Glacier by Sanlam in Johannesburg this week.

“The ‘rocky road’ is our worst-case scenario for a future South Africa, featuring a powerful and interventionist development state that believes it can head off future political defeat by destroying democratic institutions in a desperate bid to cling to power,” said Cronjé. Other scenarios include a ‘wide road’ scenario, underpinned by a popular mandate for market reforms, a ‘narrow road’ scenario where SA will experience forced yet market-friendly reforms, or a ‘toll road’ scenario dominated by policy confusion amid vibrant institutions. Cronjé said the road South Africa travels will depend on Government’s response to the extraordinary economic and socio-political pressures it currently faces. “Money is tight, political supporters are jumping ship and global perceptions are swinging rapidly against the country.”

Will government be forced to reform to the right by adopting a single-minded ‘pursuit of growth’ policy in the realisation that, without this growth, it will be unable to meet its supporters’ expectations? Or will it persist with the view that an interventionist development state can work and that it just needs to regulate the private sector into greater compliance?

“More importantly, do we remain a free and open society, or do we lose rights and freedom to the point where a future government can rule with impunity, ignore court orders and send the police to Parliament?” asked Cronjé. South Africa’s GDP growth depends heavily on the growth of its largest trading partners, China and the European Union (EU).

“China’s GDP growth rate is slowing and its commodity demand is slowing even faster as its economy moves away from a model of infrastructure and consumption-driven growth towards one that is internally focused on local consumer growth higher up the value chain,” said Cronjé. The EU, meanwhile, achieved only 1% GDP growth in 2014, and will struggle to repeat that feat this year. With just 1.5% growth in GDP in 2014 and a similar figure pencilled in for 2015, South Africa is way off the 5%-plus GDP growth that saw the economy on the proverbial front foot between 2004 and 2007.

“The global environment around China and the EU is conspiring in such a manner that an export-driven economic recovery for South Africa will be more difficult to achieve than it might otherwise have been,” he said.

The currency is not helping matters. The rand has lost between half and two-thirds of its value against the US dollar every decade going back to the 1980s. “We have pencilled in R12.50/$ for 2015 and expect that, if the four-decade trend continues, we will be looking at R20/$ by 2024,” said Cronjé. Long-term rand weakness has not translated into the domestic economy as expected, and three of the major structural contributors to South Africa’s GDP have been backsliding over the past two decades despite this trend. Agriculture has slipped from around 5% of total GDP in 1994 to 2.5%, mining has vacillated between 7% and 10% over the period, and manufacturing has almost halved from 22.5% to nearer 12%.

On the socio-political front, government is battling a range of ills, including rampant unemployment, rising inequality, poor education and the progress of slow growth in the black middle class. Cronjé observed that austerity was not a policy option due to some 60% of state expenditure going towards the social wage, including amounts spent on free housing, health, education, electricity, welfare and water. Any cut would erode political support among the electorate. At the moment South Africa finds itself in the ‘toll road’ scenario, a space where economic policy is way down on the interventionist development state axis, and the battle to remain a free and open society is heating up. The risk to the downside is a slip towards the failed ‘rocky road’.

But there is some good news. “Our sense is that there’s a bounce coming into the ‘narrow road’ scenario because government is starting to understand the longer-term consequences of its policy decisions,” said Cronjé. In this scenario, government’s strong desire to retain fiscal and political sovereignty is twinned with the realisation that the environment must be welcoming to foreign investors and that certain rights and freedoms will have to be reined in to allow for labour market reforms.

“If enough people invest in the argument behind economic policy reform then we have a good chance to end this decade in a very different position to the one we find ourselves in presently,” he concluded.