Category International
SA's new visa rules requiring tourists to supply biometric data has proven a bridge too far for many. The latest stats show a massive drop in the number of visitors from our supposed partners in the Brics countries, who decided to spend their money in friendlier countries. 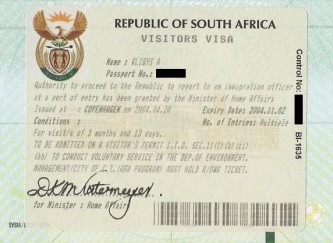 On a recent flight to Brazil, the plane was full flying out of Johannesburg and half full coming back.

This chimes with recent figures from Stats SA showing a 34% drop in visitors from Brazil in the first quarter of 2015. The drop is worse for our other BRICS partners, Russia and China – down 47% and 38% respectively. The drop in the number of visitors from India was a more modest 13%. Overall, the number of tourists was down 6,8%.

What could account for this decline in arrivals, given the not inconsiderable bonus of a weak rand?

The award for own goal of the year goes to Home Affairs minister Malusi Gigaba, who decided to tighten visa requirements in his battle against human trafficking. Many Chinese travel agents simply decided to stop promoting SA as a destination because of the difficulties in getting travel visas, and it shows. The Brazilians and Russians likewise decided that Gigaba can stuff his new visa requirements, and spent their travel money in friendlier countries.

The new visa rules require visitors in the company of a minor to produce an unabridged birth certificate for the child and proof of parental consent to travel. Another regulation requires biometric data from visa applicants, who have to show up in person at consulates and processing centres in the country of origin. 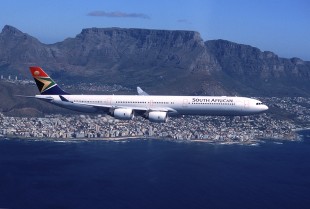 The decline is the worst in 21 years and equivalent to a loss of R1,6bn to the country, according to Grant Thornton. “The 6% decline recorded in foreign tourist arrivals for the first three months of 2015 equates to a loss of 150,000 tourists, compared to the same period recorded last year.  This is a decline of 1600 tourists – or four jumbo jets – per day,” says Lee-Anne Bac, director, Advisory Services at Grant Thornton.

While the cabinet is reviewing the new visa requirements, tourists continued to stay away in the second quarter. SA’s tourism business index in the second quarter of this year dropped to its lowest level in nearly four years due to the new visa restrictions, with the Ebola virus scare accounting for some of the drop. The xenophobic attacks which made world headlines earlier this year are reckoned to have had little impact on the drop in arrivals, as they occurred towards the end of the first quarter reporting period.

The financial loss of R1,6bn over the first three months of the year ignores the expected growth that would ordinarily have been expected.

China is one of our fastest growing in-bound tourism markets, increasing 122% to 152,000 visitors over the three years to 2013. Even allowing for a relaxation of visa requirements, the loss of goodwill in the travel industry will not easily be reclaimed.

A recent study by the InterContinental Hotels Group (IHG) titled The Future of Chinese Travel shows just how self-defeating are Gigaba’s new visa requirements. The global study identifies SA as one of the smaller long-haul destination markets expected to see dramatic increases in Chinese tourists by 2023.

To understand how big an own goal these visa restrictions are, let’s look at just one country: China. Chinese visitors spend an estimated US$700m (R1,86bn) a year in SA, according to the IHG report. A 38% annualised drop in arrivals from China equates to a loss of US$266m (R3.3bn) this year alone. The IHG study suggests Chinese tourism spending will increase to US$1,5bn (R18,9bn) by 2017 and US$3,5bn R44,1bn) by 2023. That’s a huge injection of cash and jobs into an economy in desperate need of both.

Tourism and travel employs roughly 680,000 people and contributes 9,4% to GDP. The World Bank puts SA’s tourism receipts at US$10,5bn (132,3bn) in 2013, which is roughly half that earned by tiny Singapore and Switzerland, showing the potential to expand with adequate infrastructure and a welcoming immigration department.

A recent study by Grant Thornton on behalf of the Tourism Business Council of SA (TBCSA) puts the new visa requirements in perspective. Thailand, Peru and the Philippines are some of the countries which require birth certificates and consent forms from parents for children travelling alone, or with one parent or a third party.  However in the case of Peru and the Philippines, these requirements apply to citizens and residents of the country and not to tourists.

In Thailand these regulations do not apply to children travelling with both parents. The TBCSA says it would be more cost-effective to implement the collection of biometric data on arrival at SA borders than to implement the same system at consulates and processing centres.

“Based on global tourism forecasts for 2015, South Africa should not be experiencing these levels of decline” says Grant Thornton’s Bac. “South Africa appears to be ‘bucking the global trend’ at the moment.”

She cautions that there will be far reaching implications resulting from this dramatic decline, and most notably a price squeeze will result as tourism product providers fight for a shrinking foreign tourism market and a price sensitive domestic market.

“There will most definitely also be job losses especially in niche tourism operators that focus on specific foreign tourism markets i.e. China and India,” Bac continues.

She adds that SA is not alone in requiring biometrics as part of visa applications.  “The problem with South Africa’s biometric visa legislation is that the infrastructure was not in place around the world when the law came into effect and communication around implementation and the requirements was unclear.  This caused confusion and complications in the market.

“Some markets have retaliated because of this – and now SA is getting less marketing and brochure space in the travel advertising world as a result.  The issue is not about submitting biometrics or appearing in person for a visa. It’s about the lack of systems to do so easily and simply.  When applying for a visa it’s often a tourist’s first point of contact with SA and it is important that we remain a welcoming destination.”

At a time when the world is moving towards more travel-friendly regulations, SA seems to be going in the opposite direction with poor organisation, inadequate systems and added obstacles.  “One can only imagine what the new birth certificate legislation will do to our arrivals in the coming months, since its implementation came into effect on 1 June this year,” says Bac.

* This article originally appeared in Finweek.