Category Affirmative action
The ANC's commitment to race-based policies is relentless, regardless of economic consequences. Foreign direct investment (FDI) tells the story. SA companies are investing abroad at ever increasing rates while foreigners are less than enthusiastic about SA's prospects, no matter what government tells us, according to John Kane-Berman of the SA Institute of Race Relations, writing in Business Day. 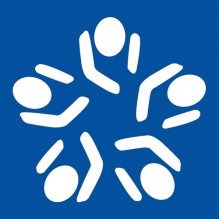 Has the Treasury been captured by the black business lobby? Has it bowed before the powerful wind of racial nationalism sweeping through the ruling party and its communist and trade union allies?

If so, will the Reserve Bank be the next domino to fall?

Until now, the Treasury, like the Reserve Bank, has been a bulwark against some of the more reckless tendencies in the government.

But new draft regulations allowing government tenders worth less than R10m to be evaluated up to 50% on racial and other empowerment criteria and only 50% on price, suggest it is no longer able or willing to resist the racial agenda being pursued by President Jacob Zuma’s allegedly directionless government.

That the Treasury should be willing to incur these higher costs when it is supposed to be keeping government spending under control also suggests the commitment of the African National Congress (ANC) to racial ideology is as relentless as that of the National Party (NP). 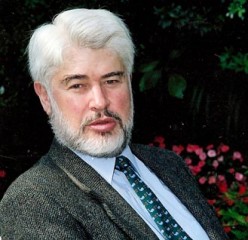 Various state-owned enterprises, including Eskom, are using procurement to promote a racial agenda as well. As if the government’s new visa requirements were not damaging enough to the tourism industry, new codes issued by the Department of Trade and Industry will make its life even more difficult.

Soon, new — and stricter — BEE codes will override the various supposedly voluntary BEE charters laboriously put together in the various sectors of the economy.

Scrapping the "once empowered, always empowered" principle, as appears to be the department’s intention, suggests the ANC is bent on empowerment without end.

Like the NP before it came to its senses, the ruling party is pursuing its racial agenda regardless of the economic consequences.

One of these is the loss of foreign direct investment (FDI). When the NP was in power, foreign companies were pressured into leaving as part of the international campaign against apartheid.

Today, the cumulative effect of ANC racial and other policies, along with its numerous failings, is not only to discourage foreigners from investing here but also to encourage our own companies to seek their fortunes abroad.

Although Trade and Industry Minister Rob Davies recently claimed that foreign investment was continuing to pour into the country, the latest Reserve Bank figures tell a different story — that, on present trends, the value of South African-owned assets abroad will soon exceed the value of foreign-owned assets in this country.

More than half-a-century ago, the ratio of the stock of FDI inside SA was seven times that of South African-owned direct investment abroad. The ratio is now 1.18 to 1.

Apart from lobbies demanding more BEE privileges, business, whether local or foreign, is reluctant to criticise the ANC government. Instead, more and more companies are quietly voting against it with their feet.

What is not yet clear is whether the ANC cares about this.

To many within the party, and among its trade union and communist partners, "monopoly capitalism" is the enemy.

"Monopoly capitalists" — both local and foreign, and most of them supposedly white — are also manifestations of western imperialism and colonialism.

Bidding them good riddance also helps to advance the agenda of tilting our foreign policy towards our supposed new friends in Brazil, Russia, India and China.