SAA is a national disgrace protected by courts and government

Category Competition Law
Comair recently lost its case in the Pretoria High Court challenging SAA's latest government bail-out. The national carrier has received no less than R30 billion in government money over the last two decades, and has sunk no fewer than 10 start-up airlines in the process. SAA is a national disgrace, argues Leon Louw in Business Day. 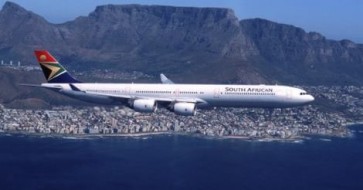 Do not despair at the Pretoria High Court decision on Monday in the case brought by private airline, Comair, to allow the government to continue diverting money recklessly from what was budgeted for the poor to the rich who fly and manage South African Airways (SAA). Do not despair at ministers being free to ignore promises and policies, to entice trusting people into private airlines under false pretences, and to perpetuate bankrupt apartheid dinosaurs. You have a practical solution. Weep.

Do not despair if you are a fat-cat taxpayer. The government will not take one extra cent from you to finance its folly. Every cent will continue to be diverted from education, housing, hospitals, police, welfare and services. Do not despair if you are an ANC member of Parliament. The judgment does not require you to perform parliamentary oversight, or to stop the executive making secret decisions in smoke-free rooms to subvert your policies. It allows the executive to make you redundant by taking over your legislative and policy-making role.

Do not despair if you are in opposition, because when "the masses" get less from the government, they are more likely to vote for you. Do not despair if you are "the masses", suffering from economic stagnation and the world’s highest level of sustained unemployment, because wasting your money is "strategic", and they paint your flag on planes. If you are unimpressed by such twaddle — if you realise "strategic" is a meaningless weasel word, and virtually no one sees or recognises flags painted on planes — you too have a practical solution. You can join a service delivery protest that would not have happened had your money been spent wisely.

Do not despair if you are a labourer or investor. Your practical solution is to be content with stagnating living standards, if a worker, and to invest elsewhere, if an entrepreneur.

You should despair if you work for SAA, because you work for a national disgrace, are being paid at the expense of the poor, and are denied multiple airlines driving your income upwards by competing for your services.

About R30bn has been wasted on SAA flights of fantasy, and this judgment allows another R30bn to follow. Lawyers for the government and SAA’s bankers admitted that SAA is bankrupt. By implication, its assets and staff would, without bail-outs, have found happier homes in sustainable airlines.

If you believe the government, President Jacob Zuma owes nothing for Nkandla. If you believe the Democratic Alliance (DA), he owes R50m. Assuming a midpoint of R25m, what has been wasted on SAA would fund 1,200 Nkandlas, 250,000 RDP houses, 60,000 school buses, or a clinic in every community. It is enough to fund 15,000 nurses, 18,000 police or 20,000 teachers for a decade. If bail-outs had not driven 10 airlines into bankruptcy, all viable SAA routes, and more, would be operated at the expense of investors, not the poor.

Comair lost despite the court confirming that the government had "a clear domestic air transport policy since 1990" which committed it to "a deregulated and openly competitive … environment" in which "SAA should operate autonomously on a commercial basis" and would "not enjoy government privileges". The government would "not guarantee loans to SAA". Comair had not been allowed to "make representations … notwithstanding that the (bail-out) decision constitutes a fundamental deviation from government’s own … policy".

If the judgment is not reversed on appeal, it will allow more reckless enrichment of a few rich, impoverishment of many poor, and erosion of the rule of law, especially the separation of powers and administrative discretion being subjected to objective criteria.