The government plans to do to farming what it has done to mining. In terms of new legislation now before parliament, government would take custody of all farming land for the benefit of all South Africans. The SA Communist Party's fingerprints are all over this one, writes John Kane-Berman. 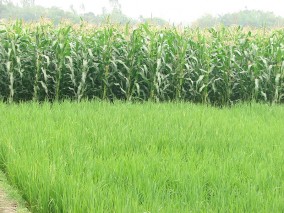 The government plans to do to farming what it has done to mining. In terms of legislation being processed through Parliament, all agricultural land is to be taken into the custodianship of the state "for the benefit of all South Africans".

The deadline for comment on the bill was May 30.

The bill recognises that landowners and users of agricultural land have the "right to farm". But it then authorises the minister to make regulations "pertaining" to this right.

The bill further empowers him to carry out inspections and "collect specimens" of how agricultural land is being used and to issue compliance "directives".

The bill requires farmers to make optimal use of their land in accordance with guidelines to be drawn up by the minister. "Taxation strategies" are to be devised to encourage the optimal use of land.

But where land is "used in a manner significantly below its optimal production potential", the minister may expropriate it "at a lower price" than would be paid for land that is being optimally farmed.

The bill also requires that within six months of its enactment, a "national agricultural land register" is to be established.

This will show the ownership of every piece of agricultural land as well as its current use, along with any other information the minister may from time to time "prescribe".

The bill is ostensibly aimed at enhancing food security and preventing further losses of good cropping land to mining and other nonagricultural uses.

The best cropping land may not be used for anything else, while ministerial consent for subdivision and rezoning of any land is required.

Applications will have to be accompanied by an "agro-ecosystem report" compiled by a "registered agricultural scientist".

Even where no change in land use is contemplated, sales of portions of farms or leases for more than 10 years will need official consent.

Numerous new committees at national, provincial and local level are to be established. Among their jobs will be to evaluate applications about land use and draw up spatial agricultural plans for every province and municipality.

Although there may be a case for preserving good cropping land, the extensive powers over the entirety of the country’s farm land that the minister is seeking for himself in terms of the bill are reminiscent of those already exercised by the mineral resources minister over mining.

Once the agriculture minister has become "custodian" of all farm land and assumed powers to regulate the "right to farm", there is no telling what he and his committees will do.

Louis Meintjes, president of the Transvaal Agricultural Union, the country’s most vigilant and vocal business lobby group, recently said it was necessary to ask of the African National Congress and its policies: "What is your end goal and when will you stop?"

His question is appropriate. Land reform supposedly designed to rectify the effects of the Land Act and forced removals is now clearly but one aspect of the government’s plans for agriculture.

The new bill suggests that "transformation" means not only transfers of land from white to black farmers, but also the transfer of all farmers’ rights to run their own businesses from themselves to the state.

Thus does yet another aspect of entrepreneurship become subject to bureaucratic control.