Category Business
National Treasury has launched a new online portal aimed at making it easier to register for tenders at all levels of government. It will also promote transparency and combat tender irregularities. 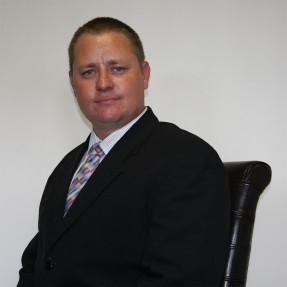 The new tender portal launched by the chief procurement officer in National Treasury will be a major game changer in terms of access to government tenders and transparency in the award of tenders in all spheres of government.We have seen major changes in the government procurement strategy over the past few years in order to promote competitive procurement and battle tender irregularities. A legislative environment has been created through the Revised Preferential Procurement Regulations of 2011 and legislation protecting the rights of the public such as the Promotion of Administrative Justice Act (2000) and the Revised B-BBEE Codes of good practice (2013).National Treasury has also provided guidelines to Government Institutions around the requirements for tax clearance by a supplier before payments for goods and services can be made.National Treasury published its intent to launch a Government Supplier database and publish tenders available along with tenders awarded on a national database through a media statement on 8 April 2015. (INSERT link)The planned intervention by National Treasury supports the rules set for Government Procurement in terms of the Constitution of the Republic of South Africa.“217. Procurement. (1) When an organ of state in the national, provincial or local sphere of government, or any other institution identified in national legislation, contracts for goods or services, it must do so in accordance with a system which is: equitable, transparent, competitive and cost-effective.” The challenge faced by most businesses who which to do business with Government was access to tenders and the information on the award of tenders. Each sphere of Government has their own set of rules which makes it very complicated for the man on the street to do business with Government. There are however Preferential Procurement Regulations to which these policies, such a Municipal Supply Chain Policies, must be aligned.The implementation of a single portal which is free to the Public will clearly promote compliance with the constitutional requirements on procurement.Jako Liebenberg is a Chartered Accountant Registered Public Auditor and B-BBEE verification analyst specializing in Government Procurement Processes. Jako has worked as Chief Financial Officer in Provincial Government and has served on tender evaluation and adjudication committees. You can reach him at jako@ldsw.co.za.eTender PublicationPrevious articles by Jako Liebenberg:Maximising your BEE scorecard at the lowest possible costThe A - Z of putting together a BEE deal