Category Competition Law
The state attorney's efforts to hide from the public the endless bail-outs that have bankrupted 10 airlines - all in the service of keeping SAA alive - show pure contempt for the public, argues Leon Louw of the Free Market Foundation. 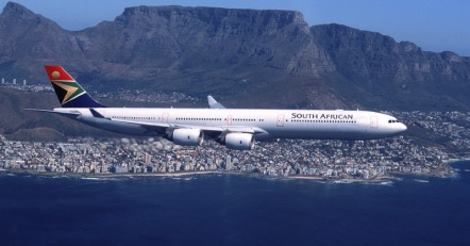 It is worse than we thought. Much worse. So bad, in fact, that the state attorney has resorted to the sinister concealment from the nation of vital information.

It started when Comair CEO Erik Venter was prevented from explaining the facts of a case before the North Gauteng High Court about endless bail-outs of bankrupt South African Airways (SAA). The state’s case is apparently so pathetic that Venter could not even repeat what is already in the public domain. The state attorney seems to hold Judge Hans Fabricius in such low regard that he thinks the judge might be unduly influenced by media reports.

Then it got worse. The state attorney went on to assert during proceedings last week that the media and the nation should not see the heads of argument of any of the parties.

Heads are a summary of issues before the court, and a primary source of public information. As our state attorney did not tell us why we may not know how rotten our airline is and how much more of our wealth is to be wasted, we are forced to speculate.

What is concealed is presumably worse than what we know.

We know that more than R30bn has been wasted, that repeated rescue plans have failed, that failed managers have been enriched and retrenched, and that government support for SAA has driven 10 airlines into bankruptcy. We also know that the finance minister told the court that SAA cannot pay its debts, and that there is no financial justification for government backing. In effect, the government’s counsel defended the right of ministers to act recklessly by pouring limitless resources into failed undertakings, even to the extent that SAA and others are incurring more debt to service existing debt. The obligations to voters of politicians, who would, at best, be told after the fact, and to whom ministers are accountable, were not mentioned.

A superficially benign excuse for media muzzling might be to hide a putative "turnaround strategy" from competitors. But the state’s counsel also revealed the strategy implicitly. Stripped of trivia, the strategy proposes or will propose waste on steroids to "recapitalise" SAA. How much is envisaged is what the public and competitors have the right to know. Far from being suppressed, it should be the subject of public scrutiny and debate.

Besides unprecedented waste — enough to give all South Africans decent houses — the rescue plan apparently presupposes that SAA will become viable, that the nation’s wealth will stop vanishing, that airlines will compete on a level playing field and that rivers run uphill.

As we know all of this, what desperation drives the state attorney to abrogate the principle that for justice to be done it must be seen to be done? Presumably something worse. Maybe worse waste, corruption, fraud, theft, incompetence, patronage, nepotism, insolvency or malice than hitherto known or suspected.

The cover-up might not be contempt of court, but the absence of a compelling explanation suggests contempt for the public. What is on trial this week is not just government waste, unfair and unreasonable administrative action, unfair discrimination, and the misallocation of public finance, but the fabric of our democracy, especially the degree to which we have transparency, accountability and open justice.