Bogus land claims get short shrift at the Supreme Court

Category Justice
Tales of bogus land claims and scammers are legion. One farmer was subjected to a bogus land claim for 10 years, and was met with delays and incompetence when he tried to get answers from the Land Claims Commission. The Supreme Court of Appeal had some choice words for the Commission in a recent case. 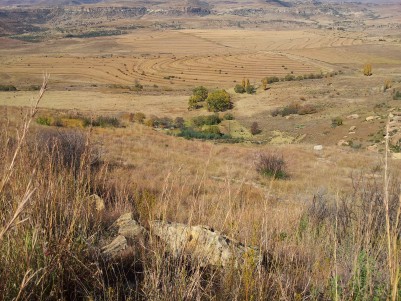 Successful land claims often result in moving stories about communities, unjustly forced from their homes, being able to return.

However, a recent case heard by the Supreme Court of Appeal highlights the difficulties that can be experienced by people on the other end of the claim, according to Independent Online.

When a claim is officially lodged against someone’s property it effectively becomes no man’s land.

Thus it’s crucial – for both sides – that claims are investigated and finalised as quickly as possible.

But go back a step in the process: how long would be reasonable to wait for confirmation of whether a claim has been lodged against your property?

Christopher Niehaus, who has two game farms in Limpopo, has been trying to get to the bottom of rumoured claims for 10 years.

In February 2006 the Government Gazette carried a notice that the Majadibodu community had lodged claims over certain property in Limpopo. His farms were not on the list.

But following a rumour that his farms were affected, he asked for written confirmation from the regional land claims commissioner.

Hard to believe, but he still doesn’t know. After the commission failed to respond despite many reminders, his lawyers used the Promotion of Access to Information Act to extract a response.

Here’s the answer they received: “We have checked our land-base and there is currently no information regarding any land claims on these two farms.”

The commissioner undertook to notify Niehaus of any further information about claims over his property. Niehaus heard nothing further until, “to his utter astonishment” as the court put it, new rumours emerged in December 2009 of claims by the Majadibodu community against his farms.

Again his lawyers tried to clarify the situation with the commissioner.

Again the commissioner failed to give “any meaningful reply”.

Again Niehaus resorted to the Promotion of Access to Information Act.

This time the documents delivered to Niehaus were even less helpful than before: there was no information about his properties.

You might think this meant that there were no claims on his farms but the commissioner said although the documents showed no evidence of claims, there were claims on the database.

Niehaus demanded that the farms be taken off the database but he had no response. Eventually he went to the Land Claims Court hoping for clarity.

The magnificently titled Tele Maphoto – “Acting Chief Land Claims Commissioner, Chief Director for Land Restitution Support in Limpopo and the former Regional Land Claims Commissioner for Limpopo” – wrote that his department did not know how and why the farms appeared on the system. His office found no evidence of claims against Niehaus’s farms in the hard copy file records.

There was some indication in the electronic database that the farms were affected by claims.

Maphoto added that it seemed the farms were “erroneously or fraudulently” captured on the electronic database and undertook to remove them from the list. But this never happened.

After another round of fruitless court action, the whole problem was dumped in the lap of the appeal court.

Shocked by the delays and obstructionist behaviour of officials, the appeal court noted that while Niehaus had done everything possible to establish whether his farms were affected by a land claim he had been unable to get proper answers.

This caused him “anxiety” and “prejudice” since for the past 10 years he had not been able to deal with his land in any meaningful way.