Rael Levitt, the former CEO of Auction Alliance (AA), has lost his battle to prevent the Hawks from investigating allegations of fraud, corruption and money laundering against himself and the company he founded, according to the Financial Mail. 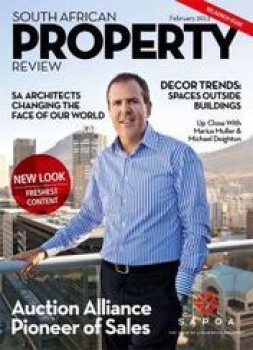 A withering judgment handed down by the constitutional court on the last day of March dismissed the case on the grounds that it bore no prospect of success.

But in a highly unusual move, the eight-person bench also ordered that Levitt and AA bear the legal costs of the police department.

“Ordinarily this court would not order costs against an unsuccessful litigant in proceedings against the state,” the 10-line judgment read. However, “an order of costs may be granted where the conduct of the litigant has been vexatious, frivolous, professionally unbecoming or in any other similar way abusive of the court.”

In the case of Levitt, his conduct was deemed frivolous.

The ruling now paves the way for the Hawks to access evidence that is sitting in more than 100 bags and scores of boxes which they seized on August 7 2012.

The evidence was obtained in a raid of AA’s headquarters in Cape Town’s city centre, Levitt’s plush waterfront pad and AA offices throughout the country.

It was the legality of the search warrants used for those raids that Levitt chose to challenge and which has prevented the police from viewing the seized material until now, after three years of legal wrangling.

What started it all was a dodgy auction conducted by the 44-year-old Levitt at the end of 2011 when he apparently attempted to illegally drive up the price of a wine farm that billionaire heiress Wendy Appelbaum was bidding for.

Appelbaum found herself bidding against an unknown man from the working class suburb of Bellville, the sort who would not normally have a spare R50m to play around with on a Saturday afternoon.

When Appelbaum questioned this, it transpired she was the victim of so-called ghost bidding, the illegal trick through which “plants” are placed on an auction floor to drive up prices, unknown to the genuine bidder or potential buyer.

That story generated only a few headlines, but in the weeks that followed, a number of former AA staff co-operated with the media to expose not only bid rigging, but allegations and evidence of serious fraud and corruption that appeared commonplace in AA.

As AA was then the country’s biggest auction firm by a large margin, the amounts in question were substantial. In February 2012, Independent Newspapers, followed by the investigative TV programme Carte Blanche, blew the lid on it all.

By the end of that month, Levitt had been forced to step down as AA’s CEO. Within a few short months the company he had started in the 1990s had folded and the Hawks were on his trail, probing what many believe could yet be the largest case of financial wrongdoing in the history of the country, once all is told.

Levitt and many other individuals and entities involved in business with him and AA over the years have a lot to lose if the Hawks can prove the allegations. This explains the costly legal battles that he has launched in an all-out bid to halt and ideally overturn the probe.

When the first legal challenge was mounted in 2012, which essentially put the seized material beyond the reach of the Hawks until the law had run its course, an agreement was brokered by Levitt’s lawyers to place it in their safe-keeping in their Cape Town offices.

However, early in 2014, it emerged that six of the evidence bags, containing computer hard drives and other crucial material, had mysteriously disappeared.

Though this was a blow to the state’s case, if not a serious contempt of a court order on the face of it, the Hawks had an ace up their sleeves.

Prior to their August 2012 raid, the Estate Agency Affairs Board had also raided AA’s offices and carried out forensic imaging of all of the computers and available laptops, all of which is now also available to the Hawks’ investigators.

Though the evidence bags can be accessed by the police any time from now, it is expected they will be opened in early May.

In the weeks and months that will follow that, EY, the appointed forensic auditors, will begin to mine the data while the Hawks will carry out the broader investigation.

Billy Downer, the prosecutor for the state, could not be reached for comment and Alan Smiedt, acting for Levitt, refused to speak on the matter.