The days of (nearly) free cell phone calls are upon us

Category Economy
Here’s how free markets, given the slightest opportunity, eventually demolish cartels and monopolies. Whatsapp is about to launch voice calls for its 700 million worldwide users, which means phone calls should in theory cost close of nothing. 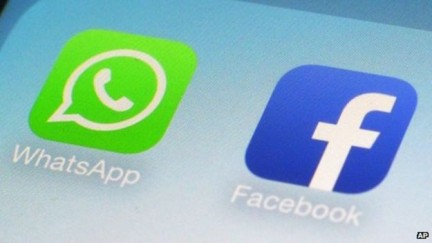 Services such as Skype and Viber have offered free calls for some time, but what makes Whatsapp different is its huge membership. Whatsapp started out as a way to circumvent the SMS rip-off being run by the cell phone companies, and this accounts for its rapid growth. Now it will convert its existing members to the voice service. As Duncan Mcleod of Tech Central points out, the cell phone companies are getting nervous as this cuts across their lucrative voice business. But any attempt by cell phone companies to throttle this new development will likely result in huge subscriber migration, as well as regulatory intervention.

According to Mcleod, Whatsapp, the world’s most popular smartphone instant messaging platform, has started rolling out voice services as part of its application (Android users only for now), striking fear into the hearts of mobile telecommunications industry executives everywhere.

The company, now owned by Facebook, announced in 2014 that it planned to allow its hundreds of millions of users to call each other using the app.

Industry executives feared that WhatsApp and other so-called over-the-top, or OTT, services would not only eat away at their lucrative voice profits, but undermine the business model for installing the next-generation broadband networks the OTT providers need if they are to offer services to consumers.

The reason the rest of the mobile industry is so concerned about WhatsApp is its vast subscriber base of more than 700-million users. The company will soon overtake China Mobile, the world’s largest mobile operator, in subscriber numbers.

The problem for mobile operators is that voice still tends to be a much more profitable business than data, and WhatsApp wants to offer free voice calls — at least between its users — over the operators’ lower-margin data infrastructure. In other words, WhatsApp is threatening to use the operators’ own networks to pull their most profitable business out from under them. That has to hurt.
And the operators can’t simply hit back by blocking WhatsApp. Their customers would rebel if they tried and regulators would come down on them like a ton of bricks.

The debate over OTT providers has been raging in South Africa for some time. Last year, MTN South Africa CEO Ahmad Farroukh accused OTTs of wanting a “free ride” on the billions invested by the operators in network infrastructure.

Now Vodafone’s global CEO, Vittorio Colao, who was in South Africa this week for meetings with subsidiary Vodacom, has joined in. At a press conference in Johannesburg on Wednesday, he warned that regulators and policymakers need to ensure that OTT providers are subjected to the same rules as operators.

Although he doesn’t think of companies such as WhatsApp as a threat, there has to be “fairness in the ability to compete”.

He said Vodafone would be taken to task by regulators if it refused to link up with operators anywhere in the world, yet it cannot interconnect with WhatsApp. “If I want to send an instant message from a Vodafone client to WhatsApp, I can’t. The biggest communications company in the world [WhatsApp] has no obligation to interconnect. The regulations should be the same.”

He said companies such as WhatsApp should be forced to interconnect with telecoms operators. “There is an imbalance of power. The dominance of these OTT providers is the real issue, and could result in a reduction of competition and innovation.”

Also, if operators are required to make legal interceptions available to authorities, OTT companies should be obliged to do the same. The European Commission should investigate the issue, he added. “There is no reason I should have a higher cost than them.”

But there appears to be little sympathy for this point of view among mobile consumers. Many argue that operators are still making money by selling them the data they need to access OTT services.
WhatsApp voice calls won’t be free, because users will have to pay for the data they consume. But, on average, the operators’ profit margins will be significantly lower than if those calls had been routed over their own voice networks.

For many users, making calls over the internet is still an inconvenience — for one thing, quality is not yet what it should be. But as operators build out 4G broadband networks, the situation will improve.

And, as a colleague pointed out, Microsoft smartphones will soon “detect automatically if the person being called has Skype, and transparently hand a voice call from the mobile network to Skype”. Expect this to happen on other platforms too.

To mobile operators, this is tantamount to a declaration of war. No wonder Colao is keen for regulators to step in.