Calls grow for class action suits against banks over securitisation

Category Securitisation
Disgruntled bank customers are calling for a class action suit against the banks after new evidence suggests banks are concealing their securitisation activities from customers, the courts and investors, in what could turn out to be the largest banking fraud in South African history. 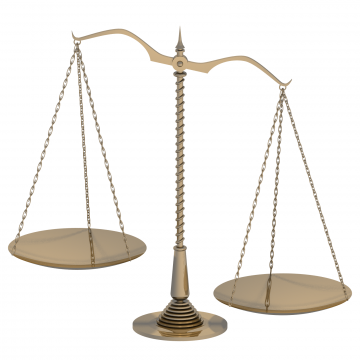 Scores of South Africans have added their voices to the growing clamour for a class action suit against the banks in response to what may turn out to be the biggest fraud in South African history. This follows publication of research coordinated by Advocate Douglas Shaw suggesting that banks are securitising home loans but hiding this fact from the courts when seeking judgment against customers allegedly in default.

Securitisation is the banks’ practice of bundling loans together and on-selling them investors who buy and sell these assets on the JSE and other stock markets. Once a loan is securitised, the bank loses legal title to the loan.

Adv Shaw argues that this deception allows the banks to pretend they are still the registered owners of the mortgage bonds when they are not. The law requires a securitised mortgage bond to be ceded to the new owner at the Deeds registry. Adv Shaw instructed a team of researchers to randomly sample several hundred mortgage bonds. Based on the banks’ own figures on securitisation, at least 20% of these should have new owners reflected on the Deeds registry, but the research yielded a result of 0%. Not a single one of the bonds was reflected as having a new owner. An expert statistician says the possibilities of this occurring are “a million to one”.

The researchers say this points to massive and systematic fraud by the banks. They say not only are home owners being stripped of their houses through legal fraud, the securitisation vehicles traded on the JSE may be “empty shells” with under-reported or no underlying assets.

Says Shaw: “The banks stand in court with a copy of the title deed showing no cession (or transfer of rights) has taken place, and they claim this as proof that the mortgage bond is not securitised. Now we know why. It is now perfectly clear that many of these loans have indeed been securitised, but the banks have not completed the transaction which they are required by law to do, by ceding the bonds to the new owners on the Deeds register. They have been deceiving the courts and the courts have been letting them get away with this.”

Acts Online spoke to Fabrice Toka, senior director at Fitch Southern Africa, which provides investment ratings on securitisation vehicles and for the banks. He said the agency did not conduct legal due diligence on securitisations as this was not part of the ratings service they were required to provide.

The JSE replied that while the exchange ensures “adequate disclosure is made in respect of the securitisation scheme, it does not authenticate the underlying securities in the scheme. However agreements required in order to list these structures on the JSE include detail of the relevant assets, as well as security provided by the originator. That being said, if specific information is provided to the JSE demonstrating that there are no “assets” within a particular structure, then we will certainly take this up with the issuer concerned. However, we do not believe this to be the case.”

No-one, it seems, knows who is responsible for doing the legal due diligence where securitisation is concerned.

Adv Shaw wrote back to the JSE this week: “With respect to the specific information requested, we have done three studies (of randomly selected bonds) in South Africa. There are another few currently underway. None of them showed the securitised entities to be listed as holders of the bonds. We would have expected about 20% based on the published accounts of the big four banks and the securitised listing documents. Our expert statistical opinion calculates that the probability of (finding no securitised bonds), if they banks had listed them, is a million to one.

“In other words there is unequivocal evidence no bonds have in fact been transferred to the new entities. Without registration in the Deeds Registry, there is legally no transfer and the entities bought by investors are empty shells. The asset backed securities are in fact not backed by any assets.

“On the face of it, this is a huge fraud and both myself as an officer of the court and yourselves would have an obligation to report it properly to the police so they can investigate fully (which is why I include the Commercial Crimes Unit in this email).

“Note that some of these securitisations appear to have been listed overseas and so as these entities become aware of this, there are sure to be enquiries from these markets as to whether these issues are backed by assets or not.

“There has been considerable interest from the press in this matter, so you may get enquiries from them as well.”

Here’s how the banks do it

Two South Africans currently embroiled in litigation with the banks plan to use this new information to force the bank to disclose their securitisation register, which is in any event required in terms of Section 69 of the National Credit Act.

Kevin Radford of Johannesburg is involved in litigation with Nedbank, which is seeking judgment against him for allegedly being in default on his home loan.

What is interesting about this case is that Nedbank attached a copy of Radford’s mortgage bond, “from which it is clear that there is no endorsement to the effect that the Applicant’s rights in terms of same have been ceded and/or made over to another party,” according to the bank’s senior manager, Reshmi Singh, in an affidavit.

In other words, the bank confirms a securitised loan must be endorsed at the Deeds registry. Singh then goes on to say that “in the absence of an endorsement appearing upon the mortgage bond registered over (Radford’s) immovable property, it is apparent that same has not been securitised as contended by (Radford).”

Radford, in the absence of evidence to the contrary, is asserting that his loan has been securitised and has called on the bank to prove him wrong. Adv Shaw, who is representing Radford, says the new research information makes it far more difficult for the banks to stand in court waving a title deed without any evidence of endorsement as proof that the bank is still the owner.

At least Nedbank is being fairly upfront about it (in this case). Nedbank at least went to the trouble of presenting a mortgage bond apparently clean of endorsement.

Other banks simply demand the customer provide proof of securitisation, which is a virtual impossibility because the evidence – according to Adv Shaw – is hidden by the banks themselves. If the JSE nor Fitch Ratings have access to this information, what chance does the bank customer have to find out if his loan has been securitised?

“If the glove does not fit, you must acquit,” to quote OJ Simpson’s lawyer, Johnnie Cochran, the famous line that helped get his client off a murder charge. In this case, the banks are relying on the absence of endorsement on the deeds registry as evidence that securitisation has not taken place.

In another case, Jonathan Buckley of Pretoria is defending himself against an attempt by Standard Bank to obtain judgment on a home loan allegedly in arrears.

Here’s what the bank said in its affidavit: “No details whatsoever are provided about the alleged ‘securitisation program.’ The allegations in the summons are uncontested. The Applicants are clearly embarking on a fishing expedition. (The bank) confirms that the loan/debt owing to the Respondent and the Mortgage Bonds registered to secure the debt, have not been ‘securitized’ as insinuated ….

The bank then refers to a Windeed search (Windeed is an online deed search facility) that apparently shows Standard Bank is still the registered owner of the mortgage bond.

Let’s break this down. When a bank securitises a loan, it must be reflected as a cession to the new owner on the deeds registry.

So what is going on here? Fraud, according to Advocate Douglas Shaw.

Let’s look at what the Government Gazette on Securitisation Schemes says about this. In Paragraph 4 of the circular it says:

A traditional securitisation scheme is likely to involve
a.       The legal and economic transfer of assets to; or
b.      Assets legally and economically acquired by,

A special purpose institution that issues commercial paper that are claims against the said assets transferred or acquired.

A “secondary role” is defined as providing a credit-enhancement facility using derivative instruments, or in various other ways to facilitate the transaction.

A class action suit against the banks is now being considered, according to Adv Shaw. The Commercial Crimes Unit is also requesting further information on this alleged fraud by the banks before deciding whether to brief the Public Prosecutor.