Better to mediate than to litigate

Litigation is expensive and, by its nature, adversarial. The justice system will soon be able to offer court-based mediation as an alternative method of dispute resolution, where opposing parties will be encouraged to find one point of common agreement, rather than multiple points of disagreement, writes Munya Gwanzura of Cliffe Dekker Hofmeyr. 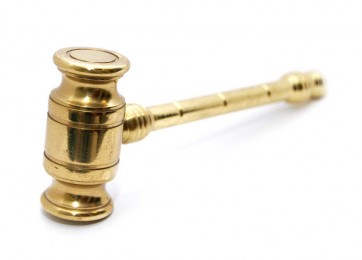 The very nature of human beings is such that they can never be the same and they can never see life through the same lens. As a consequence, they will always see things differently and sometimes this leads to disputes.

What defines a group of people is how they handle and resolve their disputes. In the political sphere, war is certainly one way of resolving differences between states. The problem is its aftermath … death, bloodshed, trauma, helplessness, retaliation, division, hatred and much more.

The consequences of war are not worth the decision to pursue it. Humans should be compelled to explore other methods of resolving conflict — progressive and humane methods that enable people to live together as harmoniously as possible.

Negotiation and mediation as established and internationally recognised methods of resolving disputes have been around for centuries, prompting the question why they have not been used more widely in political, commercial and other types of disputes.

Negotiation requires disputing parties to come together and look each other in the eye — an uncomfortable situation. We underestimate the power of emotion in disputes and its role in fuelling them.

More effective than forcing parties to focus only on their differences and their own points of view is to focus on even one area of common understanding, which could be the foundation of, or catalyst to, settlement.

The typical reaction of parties to a dispute is to walk away from and talk about each other in their respective corners instead of turning towards and talking to each other.

A skilful mediator can be the avenue through which parties are able to face each other comfortably. The mediator is an independent third party without any power to decide who is right or wrong.

The mediator’s role is to work with the parties in a process that is broadly aimed at understanding the dispute; identifying the concerns, underlying fears and needs of each party; communicating the same to each party upon receiving a mandate to do so; and ultimately assisting the parties to negotiate a settlement themselves.

In order for the process to work, it requires commitment from each party and a bona fide willingness to reach a settlement.

In commercial disputes, the equivalent of war is a legal battle in court. The battle inevitably incurs legal costs, loss of time and production, not to mention the physical and emotional toll on body and mind. Those who have been involved in litigation will know how bruising it is. The aftermath is "the winner and the loser" scenario and, often, a permanently damaged business relationship between the parties.

More and more, mediation and negotiation are the preferred method of resolving disputes, with the assistance of a skilled and effective mediator. In today’s tough economic climate, it is not beneficial for companies to be tied up in litigation for years and to jeopardise business relationships with commercial disputes.

The loss of one client in a dispute that could have been resolved amicably is one too many. Companies are better served by preserving business relationships and continuing to do business with each other so as to stay afloat, profitable and commercially viable. Mediation makes this possible.

I wear the hat of a mediator and a litigator, so this is not to suggest that litigation is not a fundamental feature of our justice system — it clearly is. We need our courts to pronounce on certain matters of law and for precedent to be set, because that is how we develop our law and stay relevant in the global village, not to mention that our democracy requires it.

Having said that, a dynamic and progressive style of management in the current global political and economic environment requires the implementation of a sturdy framework for the effective, speedy and cost-effective resolution of disputes.

The courts are assisting in this regard through the implementation of court-based mediation, which I have no doubt will be rolled out to all South African courts in the years to come.

While that process unfolds and even after, parties are always at liberty to refer matters to private mediation, in which they select their mediator and attempt resolution of the dispute through mediation before becoming engaged in formal litigation.