The ANC has a Zuma problem

The riotous events in Parliament this week as President Jacob Zuma attempted to give his State of the Nation address points to the magnitude of the problem facing the ANC. That problem points straight back to Zuma, argues Vukani Mde at Independent Media. 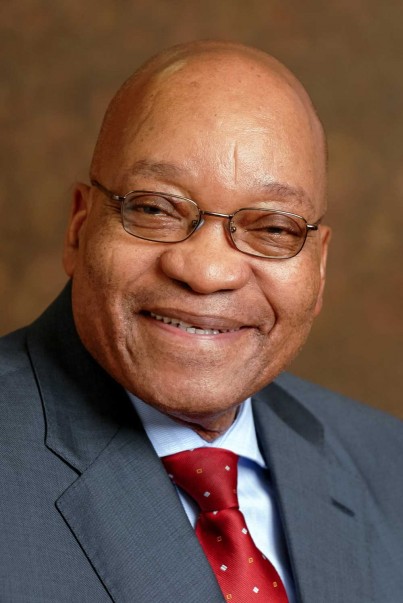 The ANC has a severe problem. And unfortunately for the rest of us, when the ANC has a problem, particularly a severe one, we as a country have a problem.

The ANC’s problem is how it can govern effectively.

A strange thing to say about a ruling party that is still the biggest, most popular and most trusted by the electorate. Not to mention one that has in fact been governing for over 20 years. But governing does not happen in a social or political vacuum.

The slightest change in the socio-political context can often result in a catastrophic change in a ruling party’s ability to lead. Sometimes the changes may be imperceptible, but ultimately lead to insurmountable challenges.

The manifestation of the ANC’s problem is the rather sorry figure of President Jacob Zuma, the first head of state or government to be disrupted while trying to deliver a State of the Nation address in Parliament.

On Thursday night, Zuma’s speech was delayed for more than an hour as Parliament’s presiding officers dealt with a revolt against Zuma led by the Economic Freedom Fighters (EFF) first, but which was later joined by the DA and the UDM.

The scenes in Parliament were farcical, beginning with the institution’s transparent attempts to muzzle both the media and MPs by jamming the mobile signal in the chamber.

So even before Zuma had the chance to be disrupted, he had to sit patiently and watch MPs yet again challenge Speaker Baleka Mbete’s heavy-handed exercise of her authority.

Within minutes of the session starting, the hashtag #bringbackthesignal was trending on social media.

Things degenerated as soon as Zuma started speaking, with first Mbete and then Thandi Modise (Speaker of the National Council of Provinces) unable to impose themselves on proceedings and restore order.

The ejection of the EFF and the walkout staged by the DA and UDM was one of those moments when the ANC’s challenge just crystallised for all to see.

The immediate challenge on Thursday night was this: after watching those scenes, who exactly is likely to remember what the State of the Nation address was about, and what Zuma had to say about the multiple challenges that beset his government and his country?

It was like watching a season of Idols distilled into one single episode: once the no-hopers and jokers who come mainly for the Wooden Mic segments of the show are gone, the rest of the season is a monotonous blur of competent musicians, few of whom will be remembered if they don’t win the competition. It was the same with Zuma. Once the fireworks were over, his speech – the very point of the State of the Nation, the actual governing – was rendered almost irrelevant.

In his reaction outside Parliament after walking out, UDM leader Bantu Holomisa said the reaction of the presiding officers, especially summoning armed police to remove elected representatives, was suggestive of a “police state” and bodes ill for the state of our democracy.

The first part of his reaction rings true, the second is a misdiagnosis. Mbete’s and Modise’s actions speak not to the state of our democracy; they speak to the state of the ANC.

What happens now when Parliament resumes? How does Mbete, who in the end had to cede her presiding responsibilities to Modise as she once again completely lost her cool, re-establish authority and legitimacy? Is the ANC prepared for the possibility of future SONA events in which the president of the republic addresses only the ANC and a handful of opposition politicians, with all the bigger opposition parties vacating the chamber every time Zuma enters it?

Because this now really is on the cards, so eroded is his legitimacy in the eyes of the opposition and a growing number of citizens.

And before the ANC points to its still large electoral majorities to argue that it, and by extension Zuma, still has the mandate to govern, consider that in a democracy citizen’s consent is both active and dynamic, ebbing and flowing in-between electoral cycles.

Winning 62 percent of the vote in 2014 is not a free pass to railroad both people and institutions in 2015.

The ANC so far doesn’t seem capable of a political response to the challenge to Zuma’s and Mbete’s authority, preferring rather a purely security response. This will, over time, chip away at the party’s already fraying hegemony, and undermine citizen’s active consent to be governed by the ANC.

It does not help the ruling party that it appears increasingly to govern through re-warmed and repackaged promises. Zuma presented a new nine-point plan to “ignite growth and create jobs”, in his words. But look at the nine promises, and remind yourself how much of this you’ve heard before.

*Unlocking the potential of SMMES, co-operatives and micro enterprises.

*State reform and boosting the role of state-owned companies.

*Operation Phakisa, which is aimed at growing the ocean economy.

Other than the first (resolving the energy crisis) and last (Operation Phakisa) items on that list, everything would have been said in the SONA 10 years ago.

If the ANC is to win back its right to govern effectively, and more importantly to lead, it will have to find a way to solve its massive Zuma problem. And Zuma himself must remove the Nkandla albatross around his neck if he hopes to continue as president of the republic.