The US recognises the right of the individual to stand their ground and defend themselves when under imminent threat of attack. In South Africa, the law is somewhat murkier, but the courts lean towards the concept of retreat from imminent danger rather than violent confrontation, writes Sherika Maharaj of the East London Justice Centre. 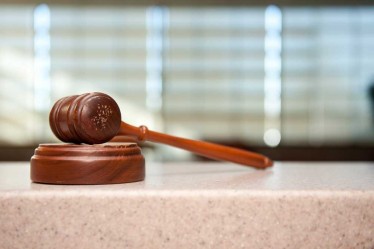 In the United States (US), ‘stand your ground law’ removes a duty to retreat from the elements of self-defence. It exists in American statutory law and sometimes through common law precedents. ‘Stand your ground’ laws effectively extend the ‘castle doctrine’ to any place someone has a right to be. The castle doctrine is a legal doctrine that designates a person’s abode as a place in which that person has certain protections and immunities, (‘for a man’s house is his castle’ Sir Edward Coke – 17th century jurist (The First Part of the Institutes of the Laws of England, or, A commentary of Littleton (London 1628)). Forty six US states have adopted the castle doctrine, stating that a person has no duty to retreat when their home is attacked. Twenty two states go a step further by removing the duty of retreat from other locations. Under such laws there is no duty to retreat from anywhere the defender may legally be.

‘An individual who has not or is not engaged in the commission of a crime at the time he or she uses deadly force may use deadly force against another individual anywhere he or she has the legal right to be with no duty to retreat if … the following applies:

The individual honestly and reasonably believes that the use of deadly force is necessary to prevent the imminent death of or imminent great bodily harm to himself or to another individual.’

The state of Louisiana’s revised criminal law statute (RS 14:20) title 14, s 20 entitled: Justifiable homicide states a homicide is justifiable under certain circumstances provided that ‘no finder of fact shall be permitted to consider the possibility of retreat as a factor in determining whether or not the person who uses deadly force had a reasonable belief that deadly force was reasonable and apparently necessary to prevent a violent or forcible felony involving life or great bodily harm or to prevent unlawful entry’.

The recent case of State of Florida v George Zimmerman (case no 2012 CF 1083 AXXX, 18th Judicial Circuit), Seminole County, Florida sparked worldwide controversy and race riots. George Zimmerman was charged with the second degree murder of Trayvon Martin, a 17-year-old black teenager after he was shot and killed in a gated estate. The jury rendered a verdict of not guilty. The defence team had initially alerted the media that they would present their case to the judge at an immunity hearing before going to trial and request that the case be dismissed under the protection from prosecution provided for by the states stand your ground law. However at the trial of the matter the defence proceeded on the defence of self-defence.

The stand your ground law now lets people use deadly force as a first resort just about anywhere if they feel threatened. This seems to be the consensus of the American public.

In South Carolina, the stand your ground laws broadened the traditional self-defence claim by adding that a person did not have to retreat and could use deadly force outside his home if he had a ‘reasonable fear of imminent peril’.

An article published in the Huffington Post on 30 August 2014 entitled ‘UN condemns U.S Police Brutality, Calls for stand your ground review’ (www.huffingtonpost.com/2014/08/30/un-police-brutality-stand-your-ground_n_5740734.html, accessed 27-11-2014) stated that a United Nations panel said that ‘Stand Your Ground Laws, a controversial self-defence statute … should be reviewed to “remove far-reaching immunity and ensure strict adherence to principles of necessity and proportionality when deadly force is used for self-defence”’.

In South Africa our law does not recognise the stand your ground law but rather the traditional defence of private defence (commonly referred to as self-defence).

In S v Steyn 2010 (1) SACR 411 (SCA), Leach AJA held that factors relevant to whether an accused acted in private defence are as follows at para 19:

In the aforementioned case the appellant shot and killed her former husband when he threatened her with a knife. The appellant was convicted of culpable homicide. On appeal to the Supreme Court the state argued that the appellant should have fled and thus avoided being assaulted without the necessity of shooting at the deceased. The judge remarked as follows ‘[w]hether a person is obliged to flee from an unlawful attack rather than entitled to offer forceful resistance, is a somewhat vexed question. But in the light of the facts in this case, it is unnecessary to consider the issue in any detail’.

It would appear that our courts have not definitively decided whether a person has a duty to flee an attack or whether the individual can stand his or her ground and take steps to ward off an impending attack.

Sherika Maharaj LLB (Unisa) is a Professional Assistant at the East London Justice Centre. This article appeared in De Rebus.