Category Africa
Nigeria has pushed ahead of South Africa as Africa's largest economy, but political tensions are at fever pitch. The government this weekend announced it was delaying presidential elections for six weeks, giving the army time to snap the neck of Boko Haram, writes Chris Becker, chief analyst at African Alliance Securities. Boko Haram is a long-term problem for Nigeria, particularly the north, as each crackdown is met with a more vicious backlash by the militant group. For this reason. most investment will likely continue to focus on the south of the country.

Nigeria's Independent National Electoral Commission (INEC) announced yesterday it would delay the national elections and state elections by 6 weeks each, to give the security forces time to "conclude a major military operation against the [Boko Haram] insurgency in the Northeast". The presidential and national assembly elections will now take place on March 28th, and the governorship and state assembly elections on April 11th. 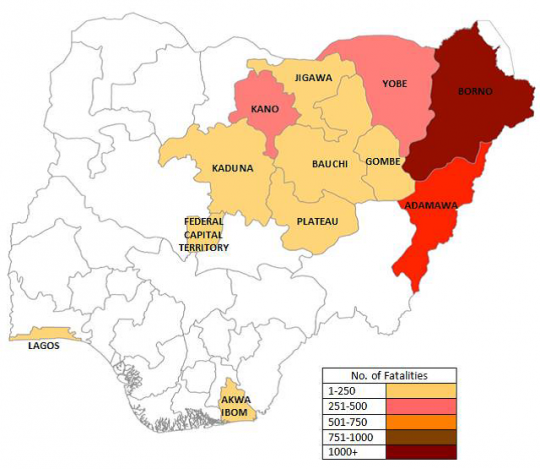 The official INEC statement can be read on their website, here. To save you the time, the INEC basically feels it is readier and better prepared than it was ahead of the 2011 elections to hold free and fair elections. This is despite only 46 million, or 66.6% of total registered voters, having received their permanent voter cards as of February 5. The key issue, and the reason the INEC has decided to delay elections by 6 weeks, is because it does not want to go against the advice of the National Security Adviser who said on January 28 that "security could not be guaranteed during the proposed period for the general elections". The NSA is specifically worried about the states of Borno, Yobe, Adamawa and Gombe.

Moreover, the INEC continued, "this advisory was reinforced at the Council of State meeting on Thursday where the NSA and all the Armed Services and Intelligence Chiefs unanimously reiterated that the safety and security of our operations cannot be guaranteed, and that the Security Services needed at least six weeks within which to conclude a major military operation against the insurgency in the Northeast; and that during this operation, the military will be concentrating its attention in the theatre of operations such that they may not be able to provide the traditional support they render to the Police and other agencies during elections."

Boko Haram has therefore successfully derailed the general elections, which keeps downside risks for naira, growth, and asset market risks elevated. The election delay will weigh on sentiment towards Nigeria, where the market will now have to wait a little longer for more certainty around the government's monetary and fiscal response following the elections. Nigeria's export revenues are collapsing, and without an inflow of foreign investment capital (or any source of USD really), imports and economic growth are set to collapse sharply. Naira risks naturally remain tilted to the downside as well. The thought that Boko Haram may be a good veil for the ruling regime to have the election delayed to get better prepared for the election without inciting a public backlash also comes to mind. The counter to this is that delaying elections to make voting in the north-east safer plays into Buhari's hands, as he will rely on a good voter turnout in the north. Either way, it's the resulting lingering uncertainty of delayed elections that is the real downside risk to the investment landscape in the very near term.

We advanced our view on the near-term threats of Boko Haram's booming production of death and destruction not even two weeks ago in "Boko Haram by the maps and numbers", January 28, 2015. We argued that Boko Haram poses threats around the elections that could drive another wave of capital flight, and delay capital sitting on the sidelines looking for an entry point. This seems to be coming to pass, so our view that Nigeria is heading for a proverbial brick wall this time compared to 2009 is on track.