New bill to prohibit foreign ownership of land in SA

Category Politics
The draft Land Holdings Bill is due to come before Parliament. It will prevent foreigners from owning land in SA, restricting them to long-term leases rather than outright ownership of land, and no more than 12,000 hectares, according to a Times Live report. 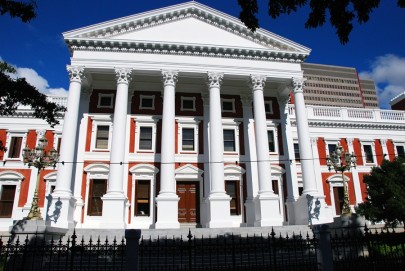 The Land Holdings Bill, which prohibits land ownership by foreigners, would soon be tabled in Parliament, the presidency said on Saturday.

"The Bill will soon be sent to Cabinet for approval, after which will be a process of public consultation and thereafter it will be submitted for the necessary Parliamentary procedures before being assented to by the President [Jacob Zuma]," the presidency said in a statement.

In his state-of-the-nation address to Parliament on Thursday, Zuma said that foreigners would not be allowed to own land in South Africa.

Instead, they would be eligible for long-term leases of 30 to 50 years.

"The bill would also regulate the amount of land that any individual can own, the limit being 12,000 hectares - an approximate equivalent of two farms," the presidency said.

If an individual owns above that limit, the government would buy the excess land and redistribute it.

The land policy would be affected through a call for compulsory land holdings disclosures.

"These disclosures will be in terms of race, nationality, gender, extent of land owned and its use. The process will be managed through a land commission."

The practice of limiting land ownership by foreign nationals is an established practice internationally, the presidency said.