How the welfare state was authored by eugenicists

This article from The Spectator highlights the link between the now discredited eugenics movement and the authors - such as John Maynard Keynes - of the welfare state. Rather than empathising with the poor, they wanted them banished. 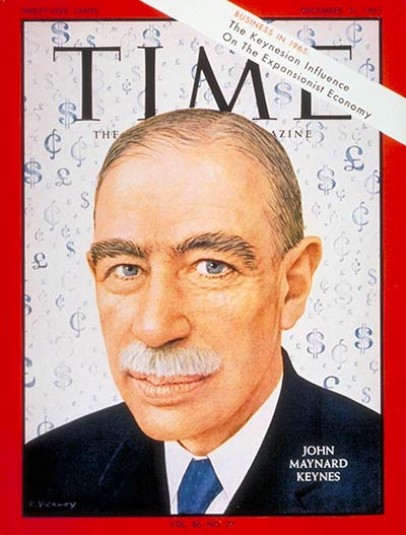 We live in a country where the poorest members of society are literally trapped. We pay them millions not to work, simply maintaining them at subsistence level like prisoners of the state. Tied up with bureaucratic regulations and subject to crazy marginal rates of tax, there are few chances to escape for Britain’s welfare-dependent. A million of those out of work have been jobless for a decade or more. They see their chances of getting a job in the future as so remote as to be barely worth considering. The chances of their children ever finding work are beginning to look slim too. The neighbourhoods in which they live are falling apart. The squalor is palpable; crime rampant; local schools are very often failing or ‘sink’ schools. If you think I’m exaggerating, choose any area with a high level of welfare-dependency and go and look for yourself.

So what went wrong with a welfare state that was supposed to make ‘ignorance, squalor and want’ things of the past, and guarantee greater social integration? Or have we simply misunderstood what that project was really about?

Most accounts of the origin of Britain’s welfare state begin with the Minority Report of the Royal Commission on the Poor Laws, drafted by Sidney and Beatrice Webb during the first decade of the 20th century. Beneath their seemingly compassionate rhetoric, the founders of the Fabian Society were snobbish, elitist and harboured a savage contempt for the poorest of the poor. Both husband and wife were enthusiastic supporters of the eugenics movement, which held that most of the behavioural traits that led to poverty were inherited. In short, that the poor were genetically inferior to the educated middle class.

Eugenics had been the brainchild of Charles Darwin’s cousin Francis Galton, and was developed in response to Darwin’s theory of natural selection. It was taken up as a programme of political action by Darwin’s son Leonard. The eugenicists aimed to replace natural selection with a planned and deliberate selection. They were alarmed by the fact that the poorest in society bred faster than the middle class, forecasting that this trend would lead to a spiral of degeneration in the gene pool. Their aim was to encourage the rich to have more children and the poor to have fewer. They quickly got the science establishment on their side, creating a national panic about genetic deterioration that became as widespread and salient as fears of global warming are today. In this scenario, the poorest with their ‘defective’ genes were the bogeymen, a class that threatened to contaminate future generations.

For the Fabians, eugenics was not merely some eccentric hobby or sideline, but central to their social thinking. Beatrice Webb regarded eugenics as ‘the most important question’ of all, while her husband revealed the statist and dirigiste character of the movement with his declaration that ‘no eugenicist can be a laissez faire individualist… he must interfere, interfere, interfere!’ Even for George Bernard Shaw, ‘the only fundamental and possible Socialism’ was ‘the socialisation of the selective breeding of Man’.

In the years leading up to the first world war Leonard Darwin set about lobbying the government to act. He wanted to set up flying squads of scientists, armed with powers of arrest over the poor, to tour the country weeding out the ‘unfit’. Those who were found wanting by these tribunals were to be segregated in special colonies or sterilised. One politician who supported such draconian measures in parliament was the Labour MP Will Crooks, who described the targets of the eugenics campaign as ‘like human vermin’ who ‘crawl about doing absolutely nothing, except polluting and corrupting everything they touch’. Crooks was perhaps only outdone in his vehement contempt for what we now call the ‘underclass’ by Shaw, who believed that they had ‘no business to be alive’ and speculated at a meeting of the Eugenics Society about the need to use a ‘lethal chamber’ to solve the problem.

Another Fabian eugenicist, the writer H.G. Wells, vented his frustration and indignation in a direct address to the working class. ‘We cannot go on giving you health, freedom, enlargement, limitless wealth, if all our gifts to you are to be swamped by an indiscriminate torrent of progeny,’ he complained, ‘…and we cannot make the social life and the world-peace we are determined to make, with the ill-bred, ill-trained swarms of inferior citizens that you inflict upon us.’ It was as if — as in the Brechtian joke — the Fabian left had lost confidence in the people and had determined to dissolve the people and appoint a new one.

In 1913, the eugenicists succeeded in getting the Mental Incapacity Act through parliament. As a result, some 40,000 men and women were incarcerated without trial, having been deemed to fall into various specious categories such as ‘feeble-minded’ or ‘morally defective’. This latter description was used to imprison petty criminals, unmarried mothers or those displaying homosex-ual inclinations — all, allegedly, clear signs that they possessed the sort of defective genes believed to be conducive to pauperism. Edith Huthwaite, from Yorkshire, was categorised as a moral defective after being convicted by Ripon magistrates of theft. She was held for 18 years.

Theoretically, such measures were targeted at the mentally handicapped, but diagnosis of mental incapacity was applied somewhat loosely, and the act was frequently used as an instrument of oppression against the chronically poor. That suited the eugenicists just fine. They were by no means reticent in declaring their true agenda — the containment and segregation of what they termed the ‘social residuum’.

William Beveridge, later to emerge as the midwife of the post-1945 welfare settlement, was also very active in the eugenics movement at this time. Today, Beveridge is generally portrayed as a kindly, avuncular figure, one almost dripping with compassion and benevolence. But his roots were in a particularly hardline strand of eugenics. He argued in 1909 that ‘those men who through general defects are unable to fill such a whole place in industry, are to be recognised as “unemployable”. They must become the acknowledged dependents of the State… but with complete and permanent loss of all citizen rights — including not only the franchise but civil freedom and fatherhood.’ And that, except for the loss of fatherhood, has effectively been his legacy.

Eugenics was no quickly passing fad. The Eugenics Society reached its peak, in terms of membership, during the 1930s, and the cusp of the following decade saw the zenith of its prestige. The economist John Maynard Keynes served on the society’s governing council and was its director from 1937 to 1944. Once again, this was no casual hobby. As late as 1946 Keynes was still describing eugenics as ‘the most important and significant branch of sociology’. Working alongside Keynes at this time as the editor of Eugenics Review was Richard Titmuss, soon afterwards to become an influential professor at the London School of Economics working on social policy, and who would ultimately be dubbed ‘the high priest of the welfare state’.

It was during the late 1930s that much of the detailed planning for the welfare state was carried out. And a good deal of it was undertaken at meetings of the Eugenics Society. On the evening that the House of Commons met to debate the Beveridge Report, Beveridge himself went off to address an audience of eugenicists at the Mansion House. He knew he was in for a rough ride. His scheme of family allowances had originally been devised within the Eugenics Society with a graduated rate, which paid out more to middle-class parents and very little to the poor. The whole point was to combat the eugenicists’ great bugbear — the differential birth rate between the classes. However, the government that day had announced a uniform rate. Beveridge was sympathetic to the complaints of his audience and hinted that a multi-rate system might well be introduced at a later date.

Given the association of so many of its founding fathers with the dismal pseudo- science of eugenics, perhaps we should not be surprised that our welfare system has ended up preferring safety nets to trampolines, or that it prefers simply to warehouse the poor rather than give people who have fallen on hard times a chance to take responsibility for their own lives. Eugenics infected its adherents with a deeply pessimistic view of the poor, branding them as irredeemably genetically second-rate, and this view has cast a long shadow over social policy assumptions. Labour figures who mock the idea of ‘compassionate Conservatism’ or make light of David Cameron’s focus on our ‘broken society’ need to take a hard look at some of their own history and intellectual heritage. When it comes to who really can claim to care about the problems of the poor, the dividing lines are not so straight as Gordon Brown thinks they are.