Fica is a monumental failure and should be scrapped

The Financial Intelligence Centre Act (Fica) is a monstrous intrusion into the lives of ordinary South Africans. It adds to the costs of doing transactions, but is easily side-stepped by determined criminals, which is its intended target. It should be scrapped, writes Leon Louw. 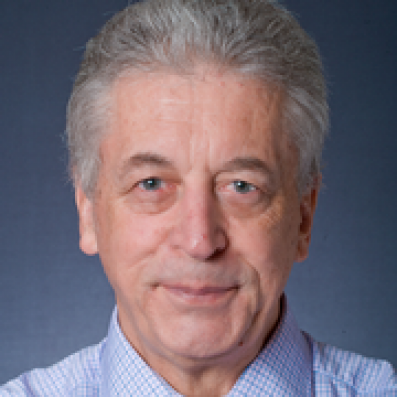 Do anything financial, from buying air time to insurance, and you must be "Fica’d". You cannot rent, see a lawyer, use a bank or smell roses without "compliance". Half of the population and most businesses are directly affected victims of the 2001 Financial Intelligence Centre Act (Fica).

We fund an entirely new profession: "compliance officers". Virtually no one knows why Fica became part of their lives. Policy makers do not know what compliance and its enforcement costs, who ultimately pays, or whether whatever benefits there might be justify those costs. Fica is a monumental failure that should be scrapped.

The ostensible purpose of Fica is to "combat money-laundering activities and the financing of terrorist and related activities". It performs virtually no such function but is used instead to turn unwilling businesses into government agents for the invasion of privacy.

When I asked experts what each Fica transaction costs in cash and kind and how many transactions there are, estimates varied wildly. If we assume 20-million affected consumers with an average of one Fica transaction a month at a cost in cash and kind (time, inconvenience, expenses, penalties, bureaucracy, exams, insurance, policing, etc) of R25 a transaction for consumers, R25 for suppliers and R10 for the government, Fica could be costing R15bn, or 150,000 RDP houses, a year. No one knows if it is considerably more or less.

The self-interest of the Financial Intelligence Centre is, like that of all agencies, to exaggerate virtues. Inevitably, its website and annual reports trumpet the number of reports received and the number of cases for which assistance is provided. There is no published reason to believe its efforts secured a single conviction that could not have been secured by conventional means.

Marginal benefits, whatever they might be, fall far short of the astronomic costs being imposed on society. Police always had access to information, subject to checks and balances designed to ensure justice and protect civilians, such as needing a court order to get private information. One of Fica’s travesties is that it overrides essential protections.

A survey of the "cost of financial advisory business compliance in SA" by the Institute of Practice Management and Financial & Advisory News found that Fica is "a perpetual obstacle for innocent civilians and enterprises", and no more than "a trivial inconvenience for serious criminals". It found that "regulatory examinations alone could cost the financial services industry in the region of R1.28bn".

If the levies and compliance officers are added, the R1.28bn estimate "may well double". The net effect is to put products and services out of reach for marginal consumers. Regulatory compliance costs are also "silent killers" of independent advisors. The survey found "the cost of compliance … quite extraordinary".

All costs are, of course, ultimately paid by consumers, the most vulnerable of whom tend to be black and poor.

Louis de Koker of the Centre for the Study of Economic Crime agrees that criminals are able to produce false identities "which would foil any bank employee". Fica may, he says, "be a pain in the butt for law-abiding citizens, but is a minor annoyance for seasoned criminals".

Fica’s trivial benefits are dwarfed by the prospect of a five-year prison sentence for non-compliance, and hundreds of millions of rand paid in fines.

An effect of regulatory costs and risks is that "there are hardly any one-man brokers left … certainly no black-owned firms", said an expert who would not be named for fear of Fica victimisation.

A failed organisation, the Financial Intelligence Centre now spends most of its time chasing taxpayers and petty frauds. Neither objective requires draconian law.