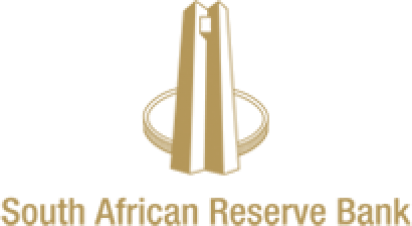 Business Report says an association of black liquidators is demanding answers from the Reserve Bank after it filed a Pietermaritzburg High Court application to set aside the appointment of two black liquidators.

The Association for Black Business Rescue and Insolvency Practitioners of SA (Abripsa) says the decision of the Registrar of Banks, part of the Reserve Bank, to oppose the appointment of Amerasan Pillay and Lenka Chitja as co-liquidators of Shining Future Trading Projects CC negates transformative objectives.

The registrar would prefer a white liquidator, Theodor van den Heever, rather than Pillay and Chitja who were appointed by the Master of the High Court in Pietermaritzburg , where the case will be heard after Abripsa files its answering affidavit in two weeks’ time.

He told The Sunday Independent the masters’ offices across the country had agreed to appoint black lawyers as joint liquidators for the transfer of skills in a previously white-dominated industry.

In court papers, deputy registrar of banks Michael Blackbeard says he supports the laudable purposes of skills transfer and promises to appoint “persons from previously disadvantaged communities” when possible. He says it is unfortunate that Abripsa chose to intervene in the court case, initially between the registrar and the Master of the High Court.

You can read more here.

Race remains a factor in insolvencies

Also from Business Report is this story indicating that black practitioners are not yet welcome to feast at the sumptuous buffet that white insolvency practioners have enjoyed since time immemorial.

A justice ministry policy, aimed at transforming the insolvency industry to give black and female practitioners better opportunities, has been ruled unconstitutional and invalid.

“Equality is an aspiration. More than 300 years of inequality and pernicious disadvantage (unfair discrimination) at the instance of the State cannot be thought away overnight by raising a new flag and adopting a new supreme law. More is required,” Acting Judge Anton Katz said in a judgment handed down in the Western Cape High Court.

The policy was to have been implemented in March, but was halted after the court granted the South African Restructuring and Insolvency Practitioners’ Association (Saripa) an interdict, pending the outcome of a review application it had instituted. In that, it sought to have the policy set aside as unconstitutional.

The policy divided practitioners into four categories, with African, coloured and Chinese women at the top, and white men, who are considered to be the top earners in the industry, at the bottom of a list from which the Master of the High Court makes discretionary appointments.

But Saripa argued that the policy prevented African, coloured, Indian and Chinese people, who became South African citizens after April 27, 1994, from being appointed.

White men would also only get 10 percent of the work, which would affect their ability to continue practising, the association submitted.

However, the minister, chief master and the Association for Black Business Rescue and Insolvency Practitioners of South Africa (Abripsa) countered that the system in place unfairly favoured white men. In his judgment, Acting Judge Katz said the minister’s intentions were admirable.

“South Africa’s history of state-sponsored racism and sexism, race and gender will always be significant factors when considering the right to equality. Similarly, given the commitment to a democratic and open society based on the rule of law, effective measures for combating corrupt practices such as fronting are key.

“The Constitutional Court has emphasised that, while the constitution is a transformative one and that remedial action to address past injustices is a required and indeed lawful imperative, such measures need to be nuanced.”

The facts suggested that the actual policy would not “cure the mischief it aims to address”.

“There is no reasonable likelihood of the policy solving problems of corruption or fronting, nor of advancing the transformative agenda required by the constitution.”