Barrage of new laws alarms US firms in SA

Category International
The message from government is that foreign investment is not welcome. Apart from the planned prohibition on foreign land ownership, a host of new laws in the pipeline is causing alarm among US companies operating in SA, according to Business Day. 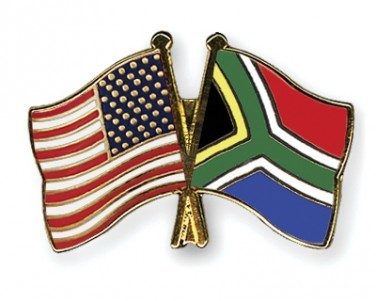 The "plethora" of legislation coming out of SA is causing "jitters" in US businesses with operations based in the country.

The chamber represents 250 of the 600 US companies with operations in SA, such as General Electric and Google.

President Jacob Zuma’s announcement in his state of the nation address that foreigners would be limited to owning a certain amount of land was also a concern, said Ms O’Brien.

"It is one (piece of) legislation after another hitting you and you are beginning to wonder whether foreign investment is welcome in SA," she said.

"It is not the message being given out."

A 2012 survey showed the 89 chamber members that participated invested R278bn in SA.

The severe power outages, weak economic growth, and the compulsory ownership element in the new broad-based black economic empowerment codes were also weighing on US companies in SA.

"It is not that one is critical of all the legislation, it is just that there is a barrage of it and much of it is relatively uncertain, confusing, and ambiguous," Dr Jammine said.

Investment by private-sector businesses has been low, not only because of excessive red tape but also due to weak growth and low business confidence.

Gross fixed capital formation by private businesses increased an annualised 0.7% in the third quarter of last year after declining 15.9% in the first quarter and 9.3% in the second quarter.

Businesses have said they were losing billions of rand in lost production due to power outages implemented by Eskom as demand surpasses supply, while unions have warned the outages could result in job losses.

Ms O’Brien said chamber members were also affected by load shedding, saying US motor manufacturers had lost production. Eskom should partner with independent power producers to keep the lights on, she said.

She said the negative behaviour in Parliament had also affected economic growth because parliamentarians were more focused on politics than on how to grow the economy and deal with SA’s social problems.

"We need to get our policies right. We are competing with other developing countries for scarce foreign direct investment and we really need to be competitive," she said.

Ms O’Brien added that while US companies based in SA saw black economic empowerment as the right thing to do, they were struggling with compliance, given that their parent companies in the US did not "sell off ownership".