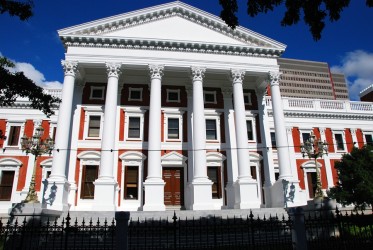 The 2015 Budget was tabled today by finance minister Nhlanhle Nene. It contains a 1% hike in tax rates for middle to high-income earners, increased road accident levies, but also a serious effort by government to curtail spending. Here are some of the key highlights:


Eskom needs a capital injection of R23 billion which will come from the sale of state assets. The first R10 billion to Eskom will be paid in June, the balance of R13 billion later in the year

The biggest risks to the Budget are further electricity shortages, slower than expected economic growth, and a trade union movement that is demanding 15% annual wage increases – well ahead of inflation.

Together, these risks can throw the Budget out of kilter.

Tom Smyth, Supervisor for Tax at Ernst & Young comments on some key changes to tax on investments:

Section 12-I of Income Tax Act – Previously, there was a lack of eligible projects to suit the requirements for the 12-I incentive which was designed to attract investment. To remedy this, the deadline for industrial policy project applications is to be extended from 31 December 2015 to 31 December 2017. That, in conjunction with the lowering minimum investment thresholds, will offer companies big incentives for major Greenfield and Brownfield investments. The combined changes will make the incentive more accessible to companies as government tries to attract more private-sector investment.

Research and Development (R&D) Incentives: Section 11-D – Since their inception on the pre-approval system on 1 October 2012, there have been backlogs in the administration of the R&D tax incentives. Government is spending significant time in establishing a solution to deal with these implementation challenges. Government has addressed some of the “known” issues, such as clinical trials and multi-source pharmaceutical (generics). The issue of third-party funding is still to be addressed. Progress has been made and the private sector is looking forward to this being an effective measure to addressing innovation in increasingly knowledge-based economies.

Special Economic Zones (SEZs) – Government is proposing changes to legislation to incentivise investment and industrialisation within Special Economic Zones (SEZs). As part of the incentives, companies can qualify for a special 15% income tax benefit if at least 90% of their revenue/income originates from within these SEZs. Government is proposing a change to the definition of an eligible company, saying that if more than 20% of its expenditure or gross income arises from transactions with connected persons, it will be disqualified. This is in recognition of the ever-evolving discussion around Base Erosion and Profit Shifting (BEPS). Government is worried that companies will try to artificially shift income to these SEZs to take advantage of this benefit and this is an effort to curb this act. This could potentially have undesired consequences as a result of the stricter requirements for eligibility. There is still much to be done in respect of implementation of current and proposed legislation in respect of SEZs.

Section 12-L of Income Tax Act – The energy-efficiency savings tax incentive will be increased from 45c/kWh to 95c/kWh and extended to cogeneration projects. This is a big incentive that recognises the constrained electricity supply in our country. This is well-received and will provide significant relief for firms with operational challenges and a tough business environment. Cogeneration will also in turn significantly increase the scope of this incentive.