President Jacob Zuma told the World Economic Forum in Davos last week that SA was a "country at work". Well, not quite. In fact, we compare miserably with other countries in sub-Saharan Africa and there is no real enthusiasm in government for reversing this trend. 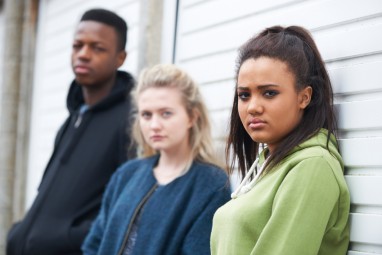 President Jacob Zuma told the World Economic Forum in Switzerland last week that SA was "a country at work". Well, not quite, writes John Kane-Berman of the SA Institute for Race Relations in Business Day.

Our unemployment rates compare unfavourably with those of Greece, sub-Saharan Africa, and the world as a whole. Last week’s Economist reported that unemployment in SA and Greece was running at about 25%. But that’s the rate in Greece after six years of economic recession, whereas ours follows five years of economic growth. So joblessness in SA is a more serious problem than it is in Greece.

Our performance in relation to sub-Saharan Africa is also miserable. In its latest World Employment and Social Outlook report, published a week ago, the International Labour Organisation (ILO) says youth unemployment in the region is 11.8%. Using the ILO’s categorisation of youths as people between the ages of 15 and 24, the equivalent rate in SA is 52%. That’s more than four times the figure for sub-Saharan Africa.

The presidential youth desk’s report is the draft of a "national youth policy" for 2014-19. Open for comment until February 28, the draft policy seeks to "place the economy on a labour-absorbing growth path" and to "support youth absorption into employment". Proposals to bring this about include public employment schemes in the form of youth brigades, expanded public works programmes, and internships in government departments, municipalities, and state-owned companies. The document also envisages "job fairs", "national road shows", and a "mass youth enterprise creation programme". For the private sector the idea is that large companies will be "engaged to set clear commitment in terms of opening the workplace for young people who require internships, apprenticeships, and work-integrated learning opportunities".

Launching the document, Buti Manamela, deputy minister in the Presidency responsible for youth development, said the private sector would not be "immune to an uprising" among jobless youth or think that they would only "target government". Therefore, he said, "we have to create a legal obligation in order to compel private companies to play ball".

This included convincing them that reserving 50% of all posts for people aged between 18 and 35 would defuse the "ticking time bomb" that threatened the nation’s political, economic and social stability.

Perhaps the fact that Manamela is the national secretary of the Young Communist League helps explain why the youth desk’s proposals involve yet more coercion of a private sector already reeling from an overdose thereof.

That said, the proposals are interesting for what they do not say. The National Development Plan (NDP), to which Zuma once again paid lip service in Switzerland, admitted that large numbers of work seekers in SA could not enter the labour market because it "locks out new entrants".

Though the NDP can be faulted for the inadequacy of its own proposals, it does at least acknowledge that it is "critical to urgently introduce active labour market policies to initiate massive absorption of young people and women into economic activity in the private sector".

Apart from the small-scale employment tax incentive introduced last year, SA has done nothing to unlock the labour market for new entrants. Recent legislation has in fact tightened it up. So it’s not surprising that we have a labour force participation rate of only 57.3%, against 70.9% for sub-Saharan Africa.

• Kane-Berman is a consultant at the South African Institute of Race Relations.