Maybe there is justice after all for liquidated guest lodge

Category Insolvency
The Highlands View Guest Lodge in Kensington, Johannesburg, successfully fought off an attempt by Nedbank to derail its application to overturn the liquidation order granted against it last year in the South Gauteng High Court. Now, nearly five years later, it seems the court will get to hear accusations of fraud and perjury against the bank. 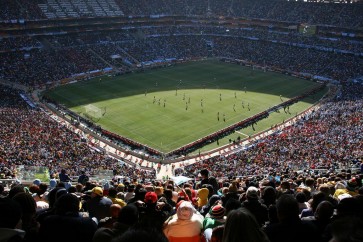 In September last year we reported on the case of Highlands View Guest Lodge in Kensington, Johannesburg, which was liquidated in September 2014 over a cost order of R62,000 owing to Nedbank’s attorneys.

This seemed a rather parsimonious amount of money over which to liquidate a business that was on target to make a profit of several million rands from the 2010 World Cup alone. But those paying attention to South Africa’s liquidations industry will not be surprised by the fate of Highlands View Guest Lodge. Scores of companies are liquidated in South Africa each year over relatively trivial amounts.

You can get more of the background here. Kenneth Butler, owner of the lodge, made it known all along that he would apply to the court to have the liquidation overturned, alleging that Nedbank committed fraud and perjury in a previous court skirmish dating back to 2011. Now, three years later, he scored a decisive victory in the South Gauteng High Court just a few days before Christmas when Nedbank’s attempt to derail Butler’s application for rescission of the liquidation order was slapped down by Judge Bashier Vally. Interestingly, Nedbank has made no effort to refute the allegations of fraud and perjury made by Butler, choosing instead to attack his case on technical grounds – in this case, claiming he had no locus standi to represent the lodge because it was under liquidation, and therefore in the hands of a trustee. Judge Vally wasn’t going to buy into this argument.

This is by no means a final victory, but a hugely satisfying one if only because Butler represented himself in court as a lay litigant. Occasionally, you come across a judge who stands up for the small guy’s constitutional rights. Bar News reports that Vally is “known for being passionate about the transformation of the Bar and the justice system in general” and has a strong background in labour and social justice.

The case is rather interesting in that the lodge never borrowed a cent from Nedbank, yet the bank still managed to shut down the business over a legal bill of R62,000 as a result of an earlier cost order awarded against it in the South Gauteng High Court.


The case is rather interesting in that the lodge never borrowed a cent from Nedbank, yet the bank still managed to shut it down

That isn’t even the strangest part of this case. As we reported last year, the lodge was fully booked in the weeks before and during the World Cup of 2010. The lodge signed up as a credit card merchant with Nedbank in 2009, and the bank duly handed over the electronic card processing machine required to process transactions. The merchant agreement also required the bank to hand over a “zip-zap” machine, which is the old manual credit card machine that is swiped left and right to make a physical imprint of the customers’ card details. Hotel merchants are required to process transactions on both the electronic and “zip-zap” machines as evidence that the customer actually visited the premises, this being deemed necessary in these days of rampant card fraud.

The problem is, the “zip-zap” machine was never delivered by Nedbank, according to Butler. That made it impossible to authenticate the transactions as required in terms of the merchant agreement. What Nedbank then did was to arrive at the lodge a few days before the Spain-Netherlands final in 2010 to retrieve the electronic card processing machine, alleging that the business had violated its merchant agreement by not honouring “charge backs” claimed by guests who had since departed the lodge.

As we previously reported:

What appears to have happened is a bunch of US soccer fans who had run up bills in excess of R716,000 at the lodge returned home when their team was beaten by Ghana in late June of 2010, and then simply denied that they had incurred these expenses.

Butler asked the bank for evidence of these charge-backs and what he was given just didn’t match up with his own records. He attempted to challenge some of these claimed charge-backs in court in 2011, but the legal process eventually drained the business of cash.

The business could not continue without the ability to transact via credit cards. Once excommunicated by one bank, the others follow in lock-step. That meant the business had to transact in cash or cheque. As any merchant will tell you, this is a rapid road to ruin.

Despite the allegations of fraud and perjury made by Butler against the bank, the South Gauteng High Court granted a liquidation order against the lodge in 2014 because it could not pay the R62,000 legal cost order from a previous case. The case was mired in technicalities, and Butler was still not able to get the court to weigh his accusations of fraud and perjury. A liquidator was appointed and Butler immediately launched an application for rescission of judgment to freeze the process. Nedbank’s response was to challenge Butler’s locus standi (or legal standing) to represent a business that had been placed in liquidation.

Judge Vally wasn’t buying this, and went so far as to instruct Butler on how to rectify this legal technicality: simply draft a company resolution authorising yourself to represent the company and insert it into your papers, he told Butler.

“We were hoping to at least try and salvage our business just before Christmas and actually attempt to re-hire our very loyal members of staff that had stuck it out through thick and thin with us ever since our 2010 Nedbank merchant facility disaster,” says Butler.

“Judge Vally felt Nedbank’s intentions were misplaced and that it should file its opposing affidavit dealing with the real issue of fraud of which we clearly accused them.”

Nedbank did not argue or deny the accusations of fraud and perjury, preferring to vest its hopes of victory on the issue of Butler’s locus standi. That didn’t work out too well for the bank, which will now have to argue how it managed to liquidate a viable business on the basis of what Butler says is a clearly forged document.

This is going to get interesting. Butler is determined to ventilate his claims of fraud and perjury before the court in the coming months, and to have his business liquidation overturned. Should he succeed in overturning the liquidation, Nedbank can look forward to a rather fat damages claim.