How to boost the SA economy: first, ditch the Insolvency Act

Category Economy
The minister of finance has called for suggestions from the public ahead of the 2015 Budget due out next month. Here's a few suggestions from a Cape-based businessman on how to get SA into double digit growth figures within six years. 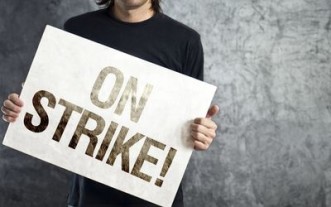 Dear Friends and Minister,
The Minister (of Finance) called for ideas for the budget.
Here are some thoughts and an excerpt from a recent article by world famous economist John Mauldin.
Never a truer word said. I would say that SA is a microcosm of what is happening in the USA. Except that SA has way less small businesses than the US.
In fact, let us be honest: SA is ruled by corporates.
For this reason alone we need serious action from government, business and citizens in creating new businesses and, more importantly, implementing these suggested steps below.
1. Financing:
We need easy access to financing for new ventures and this funding is  to be made available for small businesses for start up capital and expansion capital ! We need Venture Capital at competitive rates and terms.
SA has very few  VC funds and has a draconian approach to start ups! Its death before they even get out of the starting blocks. We need friendly finance and at competitive terms and more importantly we need quick access to these funds and the right find manager to make decisions i.e. not ex-bankers with their old models. We need entrepreneurs who understand business to be the fund managers.
2. Tax Assistance:
Some great relief has come into play already and a great job by government on this but more can be done.
3. Changes to the Insolvency Act