Does the minister have the power to sack Hawks chief?

Category Constitution
Was there political interference in the suspension of Hawks chief Anwa Dramat? More importantly, was the suspension lawful in terms of the SA Police Services Act, parts of which were deleted by the Constitutional Court late last year. The court will deecide on the matter this week, according to Business Day. 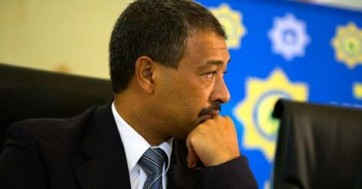 Fascinating and important as the issue of whether there was political interference in the suspension of Hawks head Anwa Dramat, the issue is largely irrelevant for the court case that will be heard on Monday.

As counsel for the Helen Suzman Foundation, which is challenging Lt-Gen Dramat’s suspension, said on Friday: The issue before the High Court in Pretoria is "really a very crisp legal question".

Does the minister have the power, in law, to suspend the head of the Hawks? The question is one of powers or "vires". Every action by a member of the executive must have a source in law — that is what the rule of law is all about.

Before November last year, in terms of section 17DA(2) of the South African Police Service (SAPS) Act, the minister was allowed to suspend the Hawks head — pending an inquiry into his fitness for office — and as he "deems fit". He could also, under a different section, suspend head of the division after a parliamentary process for removal had been initiated.

But section 17DA(2) was declared invalid and "deleted" from the SAPS Act by the Constitutional Court in November.

In his order, Chief Justice Mogoeng Mogoeng lists which sections of the act are "inconsistent with the Constitution and are declared invalid and deleted from the date of this order".

The Helen Suzman Foundation argues that this means the minister no longer has the power to suspend under the SAPS Act, other than through the parliamentary route. Nor does he have the power under any other statute because the SAPS Act specifically says the head of the Hawks shall not be suspended except in accordance with the SAPS Act.

"The minister’s attempted reliance on any other legislation to justify his actions is thus plainly misplaced," says the foundation’s counsel, David Unterhalter SC, in court papers. But in his answering affidavit, Police Minister Nathi Nhleko says the foundation’s interpretation of the Constitutional Court’s judgment is wrong.

He says that if one looks at the Constitutional Court’s reasoning for striking down the section — at least in so far as suspension is concerned, it deals with both suspension and removal — the court’s concern was that it allowed the Hawks head to be suspended on unpaid leave.

He quotes a portion of the judgment where Justice Mogoeng says: "But for ‘as the minister deems fit’ and the possibility of a suspension without pay and benefits … I can find no reason to attack the bases on which this subsection empowers the minister to suspend the national head".