A tale of two trademark wars

Category Trademarks
Two trademark cases came before the courts last year, illuminating some interesting aspects of trademark law. Two companies using the name Roberston - the name of the area in the Western Cape where the businesses are located - battled it out for the right to use this name. Then Kit-Kat had a go at a rather similar looking product. 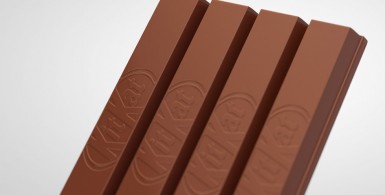 What if two companies using "Johannesburg" in the business name decided to claim exclusive rights to this? Well. something similar happened down in the Western Cape, in the area known as Robertson. One was a well-known winery, Roberston Winery & Label, which had used the name since 1941. The other was a company called Roodezandt Ko-operatiewe Wynmakery, which launched a wine of its own under the trademark Robertson Hills.

The judgment hinged around the question of whether consumers would be confused by the similarity of the names. As ENS reports:

Judge Brand went on to summarise the principles that have been established in earlier cases: the person claiming that there is a likelihood of confusion does not need to show that all relevant consumers are likely to be confused, but simply that a substantial number might be; the concept of confusion doesn’t necessarily mean that consumers actually believe that there is a connection between the two products, it  simply means that they are confused about the origin of the goods; the issue of likelihood of confusion must be considered through the eyes of the average consumer; the trade marks must be considered both side-by-side and separately;  the court must remember that consumers have imperfect recollection; the court must bear in mind that consumers will often only remember the dominant features of trade marks.

The judge concluded that there was a likelihood of confusion in this case. Dealing with the issue that Robertson is a geographical area which is significant in the context of wine (the registration for Robertson Vineyards in fact has a disclaimer of Robertson in the geographical sense), Judge Brand said this: ‘Although Robertson is not a constructed or invented word, but the name of a town, this does not necessarily mean that it could never acquire distinctiveness with reference to wine’. In support of this he referred to an example that had been given by Judge Harms in the earlier case of Century City Apartments Property Services CC v Century City Property Owners’ Association 2010 (3)  SA 1 (SCA) - that of Windhoek being both the name of a city in Namibia and a very well-known beer. The judge also pointed out that Roodezandt was not using the word Robertson on its Robertson Hills label with reference to the town, “but in order to distinguish its wines from others, i.e. as a trademark”.

So the registration for Robertson Hills had to be cancelled.

In another trademark case, Nestlé took a company called Iffco to court for infringing its well known 3D representation of the Kit Kat chocolate bar. Nestlé applied for the cancellation of Iffco’s trade mark registrations for Quanta Break and Tiffany Break on the basis that it had copies the shape of the Kit Kat bar. As ENS reports:

Iffco’s attack on Nestlé’s 3D trade mark registrations was two-pronged. First, there was a procedural attack, in which Iffco argued that the Registrar of Trade Marks had been wrong to allow Nestlé to amend a trade mark application for a picture of a Kit Kat chocolate by adding the endorsement: ‘The mark consists of the distinctive shape or appearance of the goods’. Iffco’s argument went as follows: as it wasn’t clear that the trade mark that had originally been filed was a 3D trade mark, the endorsement had effectively transformed a 2D trade mark into a 3D trade mark, something that amounts to an impermissible amendment which substantially affects the identity of the trade mark.

The court disagreed. It held that, although the Registrar cannot allow a substantial amendment to a trade mark in the case of a registration, this limitation does not apply to pending applications. In any event, the endorsement did not substantially amend the identity of the trade mark because the South African public, who are very familiar with Kit Kat, would have interpreted the original application (the picture of a Kit Kat chocolate) as a 2D representation of a 3D trade mark, rather than as a 2D trade mark.

As regards the alleged infringement of Nestlé’s 3D registrations, the court held that this had been established, not only through the use of what the court described as an ‘almost identical’ product shape, but also through Iffco’s use of the depiction of its product on the packaging (the court rejected the  argument that this was ‘descriptive use’). The court said that the fact that there was no proof of actual confusion was not significant. It also said that, when it comes to making a comparison, it’s a matter of ‘global first impression’, that one must consider whether the allegedly infringing trade mark ‘creates a material link’, and whether it’s perceived as a ‘source identifier’.

Not only did the court find that there was standard ‘likelihood of confusion’ infringement (section 34(1) (a), but it went on to hold that there was also dilution-style infringement (section 34(1) (c)). It said that the dilution section ‘aims to protect the commercial value that attaches to the reputation of a trade mark, rather than its capacity to distinguish the goods or services of the proprietor from those of others.’ It said that ‘the advantage or detriment complained of must be of a sufficiently significant degree to restrain the use of the trade mark… the court must be satisfied by evidence of actual detriment or unfair advantage, but depending on the primary facts, these may be self-evident’. Here, said the court, the detriment was both significant and self-evident: ‘The loss of the unique shape of Nestlé’s Kit Kat bar as a distinctive attribute will inevitably result in a loss of advertising or selling power to Nestlé… this will clearly result in “blurring” of Nestlé’s finger wafer shape trade mark… economic harm to Nestlé is consequently self-evident from the primary facts.’

Many readers will know that for years dilution has been pretty much dead in the South African water. That’s because in 2005 the Constitutional Court ruled that the t-shirt manufacturer Laugh-It-Off had not diluted SAB’s trade mark by producing a satirical t-shirt that featured a trade mark that looked very much like the Carling Black Label logo, and that the reason for this was that there was no likelihood of economic loss. That makes the Nestlé v Iffco judgment very significant. Whether it will lead to classic dilution cases succeeding in South Africa - by which I mean cases where there’s no likelihood of confusion - remains to be seen.