Category Justice
The Supreme Court of Appeal in a scathing judgment has ordered ArcelorMittal SA to hand over documents to an environmental group concerned with monitoring environmental practices by private companies. This case has wide implications for business in South Africa, according to Business Day. 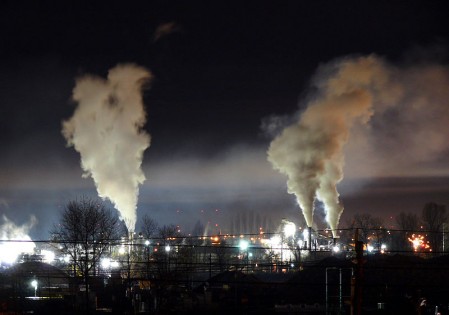 In a judgment with wider significance for industrial companies, the Supreme Court of Appeal on Wednesday ordered steel producer ArcelorMittal SA to hand over environmental information to a lobby group.

The judgment is a victory for environmental organisations seeking to monitor the practices of private companies. The judgment also scathingly rebuked ArcelorMittal SA for how it initially dealt with the requests for information.

On behalf of a unanimous bench of five, the appeal court’s acting deputy president, Mohamed Navsa, said local and international companies "must be left in no doubt" that, when it came to the environment, there was "no room for secrecy".

"Constitutional values will be enforced," he said.

Calling SA’s biggest steel producer a "major, if not the major, polluter" in its operational areas, Judge Navsa said ArcelorMittal SA’s industrial activities were a matter of public interest and were "crucially important".

While there was a danger in forcing companies to throw open their books in cases of "trivial" or "frivolous"requests, this case did not fall into that category. "It concerns us all," he said.

The court battle concerned two requests under the Promotion of Access to Information Act by nongovernmental organisation the Vaal Environmental Justice Alliance (VEJA).

In 2011, VEJA asked for a document from ArcelorMittal SA called the Environmental Master Plan, which covered rehabilitation of its Vanderbijlpark site.

The master plan was drawn up in 2002 and was meant to be a 20-year programme for how the steel maker would go about rehabilitating the area.

Between 2008 and 2012 ArcelorMittal SA spent R1.2bn on environmental management. More than half of this was spent on its Vanderbijlpark steel plant.

In 2012, VEJA asked for a number of documents relating to the closure and rehabilitation of the company’s Vaal Disposal site — where hazardous waste materials were once dumped.

In resisting the request, ArcelorMittal SA had relied on being a private company. It said VEJA had not shown that the information was required "for the exercise or protection of any rights" as set out in the act.

In order to access information under the act from private companies, the information must be about protecting or exercising a right — which is not the case with the government and organs of state. VEJA had referred to the environmental rights in the constitution and some environmental law statutes.

But ArcelorMittal SA argued that the master plan was outdated and inaccurate, and no longer informed the company’s environmental practices. There could therefore be no connection between the right VEJA sought to protect and the master plan, its lawyers said in court.

But Judge Navsa disagreed, siding with VEJA on its argument that the master plan was still an important "baseline" document.

Judge Navsa had strong words for how the company had initially dealt with the requests for information, saying it was disingenuous because it had initially "feigned ignorance" of the existence of the master plan.

"From a purely public relations perspective, it ought to have considered more carefully the consequences for its image."

In a statement, ArcelorMittal SA said it "acknowledges" the court’s decision and would study the judgment "before responding". However, the company’s position remained that the master plan was an "internal document" dating from 2002.

VEJA co-ordinator Samson Mokoena said the court victory had been a "long struggle".

"Polluting companies like ArcelorMittal SA can no longer try to hide this kind of information," Mr Mokoena said.

The share price fell 3.4% on Wednesday on the JSE to close at a 52-week low of R28.97 a share, valuing the company at R12.9bn. The share has fallen during six of the eight past trading sessions.