This article from Business Day looks at a recent case of two mentally ill people accused of serious crimes and how the courts dealt with the matters. It is worth pointing out that the label "mentally ill" is highly subjective and has no scientific basis. In other words, there is no biological marker or anatomical test for any so-called mental illness, unlike say influenza or cancer. Hence the label can, and is, misused. The mental illness label is sometimes used to declare people incompetent to manage their own affairs, leaving their more "competent" family members and partners to rob them of their assets. 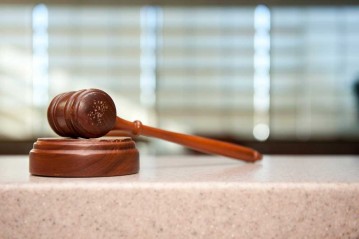 The rights of mentally disabled people accused of serious crimes were at the centre of a Constitutional Court case on Monday.

The court grappled with the question of whether a section of the Criminal Procedure Act gives courts enough discretion to decide on how best to deal with mentally disabled people accused of rape and murder.

The law, which was declared unconstitutional by the Cape Town High Court in September, makes it compulsory to imprison or institutionalise murder and rape accused who are found to be mentally unfit to stand trial.

This is so, even if the judge or magistrate believes locking up the accused is not in their best interests. In the case before the court, the mothers of two men accused of murder and rape, who were found to be mentally unfit to stand trial, successfully challenged the constitutionality of the provision in the high court earlier this year. One man, now 35, who was born with Down’s syndrome, was charged with raping an 11-year-old girl.

The second man, in 2005 when he was 14, was charged with the murder of a classmate after he allegedly stabbed the 14-year-old with a compass as a result of being teased at school. Though the magistrate felt he was not a danger to society, he was compelled to send him to a mental institution. The high court found the provision was unconstitutional and the matter was sent to the Constitutional Court for confirmation.

On Monday Kameshni Pillay SC, for the man who allegedly murdered his classmate, argued that section 77(6)(a)(i) of the Criminal Procedure Act was inconsistent with the constitution because it was an unjustifiable limitation on the right to freedom and security of a mentally ill person. It also made serious inroads into the liberty of mentally ill accused and infringed their fair trial rights, Ms Pillay said. "There is serious violation of rights."

"Presiding officers should be given a discretion," Ms Pillay said.

The minister of justice and correctional services, the minister of health and the Western Cape director of public prosecutions opposed the matter.

Their lawyer, Dumisa Ntsebeza SC, argued that the law could be read in a way that gives the court a discretion when dealing with a mentally disabled accused. "The provision may be read to give a presiding officer a discretion not to order the detention of the accused."