What has happened to Boer racism?

Afrikaner racism is disappearing, argues Leon Louw of the Free Market Foundation. This is contrary to the perceived wisdom. Instead, Louw finds a community committed to transformation and maintaining its rightful place in post-apartheid South Africa. 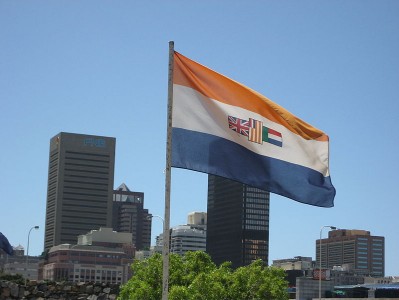 Stereotypical right-wing Afrikaner racism seems to have vanished. Along with most black commentators who presume the omnipresence of Afrikaner racism, I assumed little had changed in "Afrikanerdom". Why had disappearing Afrikaner racism eluded me? When I told my English-speaking Kenyan wife of 35 years about my recent encounters with many representative Afrikaners, she asked a question I had not considered hitherto. "Do you regard yourself as an Afrikaner?"

"Yes," I replied after deep thought.

"But," she protested, "your primary language has been English because fate led you to be raised in English-speaking homes." I had, she reminded me, associated primarily with black and white English speakers, been isolated if not alienated from Afrikaans culture, and lost the ability to speak Afrikaans fluently. All that remains of my roots is that I do Afrikaans media interviews and prefer Afrikaans sports commentators.

Unlikely factors led me to campaign against blacks still not being able to enjoy the same land rights as whites 20 years after apartheid. This has plunged me into the heart of modern Afrikanerdom. I encounter Afrikaners from informal traders to business executives, and cultural leaders to farmers. Most successful farmers are Afrikaners, and because of their interest in my campaign, the speaking circuit has me addressing farmers’ union meetings countrywide, not to address the violation of their property rights, which is extreme and likely to get worse, but the violation of black rights.

Instead of racist bigots, I encounter transformed Afrikaners — not the kind from whom I became alienated when I was an anti-apartheid verraaier (traitor) working with Winnie Mandela, the Azanian People’s Organisation. the Committee of Ten, the African National Congress and others. I had expected to find Afrikaner racism fuelled by "reverse apartheid". After all, their water and mineral rights have been plundered without compensation and Rural Development and Land Reform Minister Gugile Nkwinti, unsatisfied with land already "redistributed", wants to confiscate half of what remains. If racist populism as espoused by Julius Malema prevails, farmers, most too young to have perpetrated apartheid, will, like apartheid’s black victims, endure comprehensive race-based deprivation. In the past, Afrikaners told blacks to return to their supposed "homelands"; now blacks tell Afrikaners to capitulate or go "home".

Of course there were and are exceptions. Atypically, the Brinks, Breytenbachs and Naudes were whites fighting anti-black racism. The new racism is not as extreme as apartheid, and cultural groups are not ideologically homogenous. Although I have not, during my reconnection with the volk, encountered racism where it once ruled, there are undoubtedly still Afrikaner racists, just as there are racists in all communities. That aside, I have found Afrikaners who share the same passion and patriotism for post-apartheid SA they once had for apartheid SA.

From the podium, Afrikaans speakers routinely endorse "transformation". Despite being justly concerned about the perversely Orwellian Constitutional Court view (regarding mineral right confiscation) that deprivation is not deprivation, most of what I hear is about how to accelerate transformation without anti-white injustice.