Category Constitution
The Supreme Court of Appeal has orderered the Treasury to repay South Arican billionaire Mark Shuttleworth the R250 million in "levies" it charged him as he attempted to expatriate his funds. This is now headed for the Constitutional Court where the whole issue of exchange controls will come under the spotlight, according to Business Day. 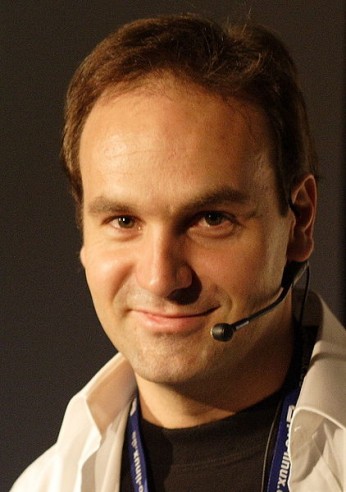 Businessman and philanthropist Mark Shuttleworth appears intent on continuing his battle over the constitutionality of some of SA’s exchange control regulations.

The cryptic response by the Reserve Bank after this week’s decision by the Supreme Court of Appeal (SCA) in favour of Mr Shuttleworth indicates it and the Treasury may also be heading for the Constitutional Court.

The SCA found that an exit levy of 10% on Mr Shuttleworth’s money as it crossed the border should never have been imposed. The correct procedures were not followed. It was a revenue-raising mechanism and a tax can be raised only after a statute is passed by Parliament. This was "conspicuously absent", the court found. The SCA ordered the Bank to repay Mr Shuttleworth R250m, which he is donating to a fund to pay the costs of legal battles against the state.

Until the levy was abolished in 2010, Treasury collected R2.9bn from taxpayers whose money left the country. It is unclear whether they can also claim refunds.

Mr Shuttleworth says he did not battle the state in his own interests, he was acting on behalf of fellow South Africans prejudiced by the regulations of the Exchange Control Act.

Measures controlling the outflow of funds from SA have been relaxed significantly over the past two decades, and will be tempered further as the foreign exchange reserve position improves. But he has little doubt some provisions in the regulations are unconstitutional. "It is high time it should be corrected," Mr van Staden says.

He was one of the authors of amendments to the Currency and Exchanges Act in 1986 and the regulations published to give it effect.

The amendments confer upon a Reserve Bank employee in its financial surveillance department the power to block an account (prevent funds from leaving the country) on the mere suspicion that there is a violation of exchange controls.

No proof is needed and no legal steps are taken by the bank — all that is required is that one of its employees believes there is an attempt to break the rules.

The amended regulations also bestow the right on the governor or a deputy governor of the Bank to attach assets of a person suspected of breaching the act and to forfeit these to the state.

"All this happens without the intervention or approval of a court. The decisions are subject to a review process, but it is clearly not sufficient in terms of the current constitutional dispensation in SA," Mr van Staden says.

Even worse, the amendments were retrospectively applied from December 1961. How constitutional can that be?

The Bank used the regulations to block the funds of businessman Dave King, who fought a long and bitter battle with the South African Revenue Service. He eventually settled with the taxman and the Bank, and agreed to pay R700m.

Funds are blocked regularly and the onus is on the targeted individual or entity to take the decision to court for a review.

Mazars tax consulting director Dylan Buttrick says the regulations offer some protection against base erosion and profit shifting. The Reserve Bank, and many others, believe it provided SA with protection after the financial crises that hit the world from 2008.

However, there are instances where some of the regulations "push the limit" in terms of validity, if not constitutionality.

Mr Buttrick says Mr Shuttleworth may have paved the way for legal challenges from aggrieved South Africans who have not had the courage to pursue their claims.

If exchange controls are abolished, it will allow for a free flow of funds, Mr Van Staden says.

SA has foreign exchange reserves of close to $50bn. Currently potential outflows exceed reserves, which would make it difficult, if not impossible, for government to pay interest on loans, dividends and imports.

"It is quite clear what the effect on the economy will be.… Our foreign exchange reserves are a scarce asset, and must be used to the best advantage of the country," Mr van Staden says.

SA’s exchange controls made it impossible for Mr Shuttleworth to pursue his work in SA. "I pursue this case in the hope that the next generation of South Africans who want to build small but global operations will be able to do so without leaving the country," he says.