Category Insolvency
The liquidations business is pretty much a white, male-dominated affair, but that may change as a result of a new Department of Justice policy that will appoint trustees based on race and gender. That represents a huge loss of income for the incumbents, who are now challenging this policy, with the help of trade union Solidarity. Business Day reports. 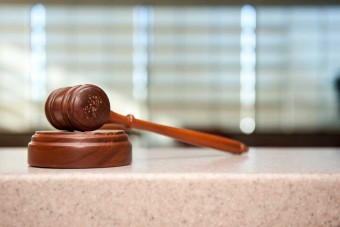 Classifying people in accordance with their race is "legally impossible", says trade union Solidarity in court papers challenging the constitutionality of an affirmative action policy.

The aim of the policy is to address the fact that the lucrative liquidation industry still remains largely a white, male enclave. But the implication of Solidarity’s argument is that all affirmative action policies would be unlawful — unless there is a system to determine how to categorise people in terms of race.

The argument is likely to raise eyebrows because the constitution specifically approves of "measures designed to protect or advance persons, or categories of persons, disadvantaged by unfair discrimination" — including race-based measures, according to the Constitutional Court.

The case being heard over four days in the Western Cape High Court, is about the constitutionality of a Department of Justice policy for appointing provisional trustees when insolvent estates are wound up. In terms of the policy, the Master must appoint the trustees on a rota system, based on race and gender.

Under the rota system, white men would only be appointed one out of 10 times — limiting them to accessing about 10% of the work.

In heads, Solidarity’s counsel Greta Engelbrecht said that even the architects of the apartheid-era race classification system struggled to establish "with precision" the race of some people, adopting "ridiculous tests".

Ms Engelbrecht quoted University of Cape Town sociologist Deborah Posel at length, in describing some of the absurd methods used to classify people during apartheid days — including the infamous "pencil test", the "feel of an earlobe" and examining the "patch of skin on the inside of an arm".

"One official insisted he could tell a coloured with absolute certainty by the way he spits," quoted Ms Engelbrecht.

Though the hated Population Registration Act was repealed, Ms Engelbrecht argued the postapartheid government was still "seeking to arrange society" as four distinct races. "How in a postapartheid era we are to determine who is ‘African’, ‘coloured’, ‘white’ and ‘Indian’, is not explained," said Ms Engelbrecht.

Where categorisation by race was "a legal impossibility", it could only be concluded a policy dependent on race classification was "irrational and unreasonable".

The other applicants argued the policy did not fulfil the requirement of a restitutionary measure — as allowed by the constitution — as it is not clear it would benefit black people and women. They also argued that while the policy was not an absolute barrier to white men, "it comes close".