Judge Thokozile Masipa has been the subject of ferocious attacks over her culpable homicide verdict in the Oscar Pistorius trial. This has placed the subject of judicial error under the spotlight, writes Trudi Makhaya in Business Day. 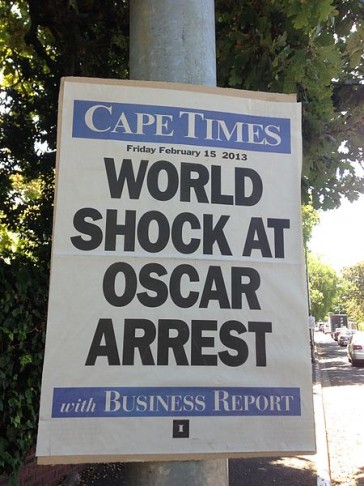 Judges, like all decision makers, live in the shadows of type 1 and type 2 errors. The state should not detain or punish the innocent (type 1 errors). It should also not let the guilty walk free (type 2 errors).

The ruling handed down in the Oscar Pistorius case by Judge Thokozile Masipa last week has put the idea of judicial error in the spotlight. Though legal experts are divided on the calls that Masipa made on the facts and on the law, the prevailing reaction on social and other media was to slam her judgment.

I have been disturbed by the ferocity with which Masipa was knocked off her pedestal. She is now on the receiving end of misogynistic and patronising vitriol. The sad irony is that this is coming from those who claim to be speaking out for justice for a woman who was killed.

If there is one Latin phrase that I hope would make its way into popular parlance in the same way that dolus eventualis has, it is argumentum ad hominem, a practice that has become too entrenched in our public debates. That principle of classic debate, to argue based on fact and reasoning and not on irrelevant characteristics of the person on the other side of the debate, is one sorely lacking in our vicious public discourse.

On the outcome of the case at hand, I am torn. As a black woman, my sense of safety and wellbeing is already undermined by daily horror stories of abuse that range from physical brutality to workplace harassment.

I expect the state to protect me from violence. I expect the criminal justice system to create the conditions that make a reasonably safe life possible. I expect that those who spill women’s blood should face punishment proportionate to their crimes.

In these uncertain and violent times, when so much needs to be done to heal and transform our society, the desire for a strong government that wields its power unabashedly is understandable.

That being said, I also need to be protected from the might of the state.