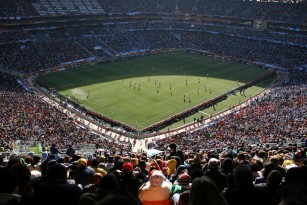 A Johannesburg guest lodge was liquidated by Nedbank this week despite accusations of fraud and perjury. Why would the bank shut down a lodge over a R62,000 debt when its lawyer's fees would be more than this? We decided to take a look.

When the World Cup came to South Africa in 2010, guest houses sprouted like mushrooms across the host cities.

One such guest house was Highlands View Executive Guest Lodge in Kensington, Johannesburg, a short 10 minutes taxi ride away from the Ellis Park stadium. This was no ordinary guest house. It comprised 10 luxury suites, meticulously decked out for the World Cup, and was awarded five stars by the Guest House Accommodation of South Africa.

In the months before the start of the World Cup, bookings poured in from soccer fans around the world, most of them from the United States.

Highlands View was in the enviable position of being fully booked in the weeks before and during the soccer tournament. In 2009, the guest lodge signed up as a credit card merchant with Nedbank, enabling it to transact via credit cards. As every merchant knows, this requires delivery of an electronic card processing machine, stationery, and – crucially – a “zip-zap” machine which is the old manual card machine that is swiped left and right to make a physical imprint of the card being processed. Hotel merchants are required to retain the manual vouchers produced from the “zip-zap” machines for three years as evidence that the customer actually visited the premises. This is an extra security precaution, particularly in these days of online fraud.

Despite being fully booked for the World Cup, the tournament turned out to be a nightmare for Highlands View Executive Guest Lodge. On 8 July 2010, just three days before the Spain-Netherlands final, Nedbank arrived to retrieve its credit card machine, claiming that the business had violated its merchant agreement by not honouring “charge backs” claimed by guests who had since departed the lodge. What appears to have happened is a bunch of US soccer fans who had run up bills in excess of R716,000 at the lodge returned home when their team was beaten by Ghana in late June of 2010, and then simply denied that they had run up these expenses.

Who would have thought it is this easy to do? Highlands View manager Kenneth Butler says Nedbank never delivered the all-important “zip-zap” machine which would allow it to authenticate these transactions. The bank says it had to foot the bill for these charge-backs because the lodge had not made physical imprints of the customers’ cards as required by the merchant agreement.

In 2011 Butler launched a case in the South Gauteng High Court to claim back some of these charge-backs on the grounds that they were the result of the bank’s own negligence. Nedbank denied this, and produced a document proving that the “zip-zap” machine had been delivered. Highlands View claimed otherwise. The court found in favour of Nedbank and costs of R62,000 were awarded against the lodge. A sheriff came around to see what he could attach in terms of the costs order and made off with assets of about R10,000.

Some time later Butler stumbled on his own version of the document used by Nedbank to claim it had delivered the “zip-zap” machine and then realised they were different. One of them had clearly been forged. On Nedbank’s version, there was an “X” next to a box indicating the machine had been delivered in 2009. On Butler’s version there is no “X”.

“X” truly marks the spot in this case. This is critical to the entire case. If Butler’s version is correct, the bank committed fraud and perjury in its 2011 case, in so doing apparently shifted responsibility for the charge-backs to the lodge. With this evidence in hand, Butler lodged a supplementary affidavit with the court.

Because the lodge was unable to pay its legal costs bill in terms of the 2011 case, Nedbank decided it was time to liquidate the company (a close corporation). Application for provisional liquidation was made in February this year, and final liquidation was granted by Acting Judge Collis this week in the South Gauteng High Court. The judge based her decision largely on the fact that the lodge could not pay the bank’s legal costs of R62,000 from the previous case.

“Here’s a case where we have been liquidated by a bank and we never borrowed a cent from them, and don’t owe them anything,” says Butler, who plans to appeal the decision. “I feel the judge did not consider the evidence of fraud and perjury we placed before the court and this evidence is critical to our case.”

Complicating matters is the fact that a trial date had been set down for the middle of September to argue the merits of the alleged fraud and the charge-backs. Now that the liquidation order has been granted, this trial will not go ahead.

Butler represented himself in court as a lay litigant. As one insolvency expert points out, banks often get the courts to overlook fraud by proving that the defendant is in any event insolvent, even where the insolvency results from fraud.

Butler says he has no intention of letting the matter rest. If necessary, he will take the case to the Supreme Court of Appeal and then the Constitutional Court.

What is odd about this case is the fact that the bank has evidently gone to great trouble and expense to prepare voluminous affidavits and spreadsheets to buttress its case. All over a debt of R62,000? The lawyers’ fees alone would have exceeded this.

Butler argues that the bank is desperate to avoid having its alleged fraud and perjury ventilated before the court, and this is the real motivation for the liquidation.