Insurance giant Discovery was ordered to pay R11.5-million to the partner of murdered Johannesburg tycoon Jeff Wiggill, after losing a legal tussle last month. Discovery argued that Wiggill may have been involved in unlawful activities and there were suspicions that his death may have been an assisted suicide, according to Business Times. Discovery is appealing the decision. 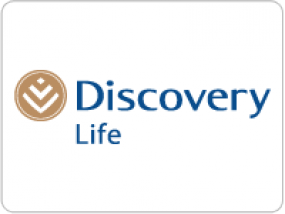 The 54-year-old Wiggill, chairman of engineering conglomerate First Tech, was found shot, execution-style, next to his Bentley in Soweto last June.

Two days later, his company collapsed under debt of R4-billion, taking 7000 jobs with it and triggering the biggest corporate bond default in South Africa until then. Banks, including Standard Bank, Investec and Nedbank, sank R925-million of investor cash into the bond.

Conspiracy theories soon arose, saying that Wiggill — who had forged numerous documents to dupe the banks — had either arranged for his own “assisted suicide” or faked his death.

However, Discovery has been embroiled in a bitter battle with Wiggill’s partner, 30-year-old Alexander Klencovljevic, who lodged a claim two weeks after the murder based on two life insurance policies of which he was the main beneficiary.

Discovery refused to pay, claiming it was awaiting the outcome of several probes following his death. Wiggill had R18-million in two policies with Discovery — taken out in 2005 and 2010 — with the rest of the money going to his brother and sister.

On Tuesday, the Johannesburg High Court dismissed Discovery’s argument that it shouldn’t pay, and gave it one week to pay Klencovljevic the R11.5-million.

Klencovljevic, Wiggill’s partner of nine years, argued that he had been struggling to maintain the “lavish and extravagant lifestyle” he and the couple’s five children were used to.

In court papers, Klencovljevic, an estate agent who also goes by the name Alex Dicks, said he was financially “embarrassed” as he continued to care for the children at “enormous cost”. Their previous lifestyle included a home in the exclusive suburb of Westcliff and frequent overseas holidays.

But Discovery raised all sorts of objections, including arguing that Wiggill may have paid the premiums with “dirty money” and that he had failed to disclose “unlawful activities” when he applied for the policies.

Discovery also stated that Klencovljevic may have been involved in Wiggill’s murder.

Discovery argued that it only needed to decide whether to pay the money after a criminal probe into Wiggill’s death and other inquiries — including two into First Tech and one into Wiggill’s estate — had wrapped up.

These, Discovery argued, would “determine the extent, if any, of the frauds and criminal activities in which Wiggill had been engaged”, and determine whether it should void the policies. Discovery also said that if Klencovljevic was involved in his lover’s death, he should not benefit financially.

But acting Judge Frans Becker ruled that Discovery “has not established any basis for withholding payment”.

All it had done, the judge said, was raise a “remote prospect” that information might be unearthed at “some indeterminate point” that would justify it not paying the funds. Becker said Discovery had failed to prove Wiggill had not disclosed material facts when applying for the policies, and provided no basis for claiming the premiums were funded by ill-gotten gains.

Though Discovery plans to appeal against the ruling, its bid to avoid paying the insurance is under scrutiny, in part because the police don’t view Klencovljevic as a suspect. Instead, Thulani Cele, who claimed he was one of Wiggill’s “friends”, was arrested for the murder, and is due to stand trial in October.

Some people close to Wiggill believe he staged his death then fled the country to escape his financial woes -questioning why the body was cremated within days of the murder. Others believed he died in an “assisted suicide”, similar to that arranged by fraudster Brett Kebble in 2005.

Court papers have revealed how Wiggill forged the signature of his business partner, Andy Bertulis. Sworn statements also attested to how First Tech’s subsidiaries defrauded Eskom out of millions for work it did building the Medupi power station.

Bankers said that Wiggill had illegally raised a number of bonds over the same vehicles and machinery many times over.

In court papers, Klencovljevic claimed he knew nothing of his partner’s alleged dodgy dealings, and his death came as “a shock”.

“Until his death, Wiggill was in my eyes a very successful business person,” he said.