Concourt to rule on eviction of pensioner

The Constitutional Court will rule on this week whether leave to appeal against an eviction order served on a Western Cape pensioner should be granted, according to Sapa. 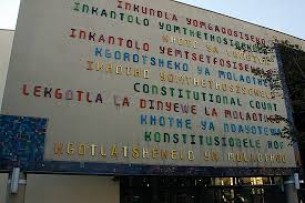 In February Johanna Malan, 75, sought to challenge a Western Cape High Court judgment that she be evicted from her home, provided that the City of Cape Town provide her with alternative accommodation.

Malan entered a lease agreement with the city in 1979 for subsidised housing, which the government provided to low-income people or families.

Malan, who is ill, relies on her pension as her only source of income. Her two adult sons, her adult daughter, and her two minor grandchildren live with her.

In 2008, she fell behind on her rent and approached the city to pay the arrears in instalments. In October that year, the city sent her a letter informing her it intended to cancel the lease with effect from December.

In January the following year, the city sent another letter confirming cancellation of the lease and its intention to evict her.

The matter was taken to the high court, where the city argued Malan had breached the agreement in several respects. It said she was in arrears with payments, had allowed illegal activity to take place on the property, and made structural alterations without approval.

IOL reported in February that Malan is the mother of alleged Manenberg gang boss Shawn Malan.

The high court ruled against Malan and ordered her eviction in terms of section four of the Prevention of Illegal Eviction and Unlawful Occupation of Land Act. This was on condition the city provide her with alternative accommodation.

Malan turned to the Supreme Court of Appeal, which denied her application for leave to appeal.

In the Constitutional Court, Malan argued that the cancellation of the lease was invalid and violated her constitutional rights to equality, dignity and housing.

She argued that the high court erred in evicting her on the basis of incorrect provisions of the Prevention of Illegal Eviction and Unlawful Occupation of Land Act (PIE) and by admitting hearsay evidence on the alleged illegal activity on the premises.

The city argued that Malan breached the lease agreement and that she was given adequate opportunity to rectify her breach. It argued that it undertook to place Malan in an old-age home and fulfilled the requirements of the PIE.