Can Deloitte weasel out of this one?

Category Banking
An inquiry into the demise of African Bank is likely to turn some stones and reveal some worms. The last major inquiry into a banking collapse involved Regal, by the same Advocate John Myburgh who has been asked to look into African Bank. His brief is to investigate reckless behaviour, possible fraud and negligence, according to Business Times. 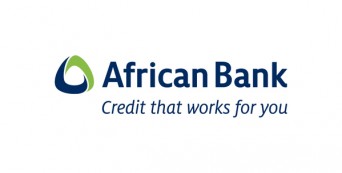 There are few more rollicking reads than the report into the demise of Regal Bank, written by Advocate John Myburgh, who will head the inquiry into African Bank.

In 2002, after chairing the Regal inquiry, Myburgh branded the bank’s founder, Jeff Levenstein, an egomaniacal bully.

Levenstein, Myburgh wrote, “confused corporate governance with thuggery”, ran Regal “with less sophistication than one would expect from the local fish-and-chips shop” and “treated his board with utter contempt”.

The laser-sharp precision with which Myburgh sliced apart the fallacy that Regal’s board had done its job (he effectively labelled chairman Jack Lurie a spineless toady, for example) will cause African Bank’s board sleepless nights.

The ambit of the inquiry that Gill Marcus’s Reserve Bank announced this week is sweepingly broad, including everything from “questionable practices” to outright fraud.

Myburgh has five months to determine if any business was “conducted recklessly, negligently or with the intent to defraud”.

But it’s not just the board who should be worried. Some other organisations should be very unnerved by their imminent spot in Myburgh’s beam of sunlight.

Perhaps most notable of which is auditing giant Deloitte.

Already, Deloitte seems pinprick skittish. It has, for example, a pre-prepared (and well-lawyered) statement that says nothing at all.

Mike Comber, Deloitte Southern Africa’s deputy chairman, says his company is working with Abil’s curator to “deliver on our professional responsibilities”, and is “unable to provide further comment”.

Not that its “professional standards” have proven to be much of a beacon of excellence here.

After all, the job of an auditor is to ensure a company’s financials are “free of material misstatement, whether caused by error or fraud”.

At African Bank, however, it appears investors were handed financials that overstated the value of its assets, understated its liabilities and gave the wrong impression of what the share was worth.

This is because a bank’s biggest asset is its loan book, which is meant to underpin its net asset value. But to get a sense of what a bank’s “net advances” really are, you have to subtract the provisions that are set aside to cover possible future bad debts.