Category Labour
The government is contemplating new laws to curb lengthy and violent strikes that are blamed for lowering SA's investment status and pushing the country into recession, according to Business Day. 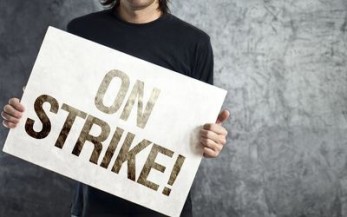 The government is considering drawing up laws for compulsory interest arbitration and the prohibition of replacement (scab) labour during industrial action to deal with lengthy and violent strikes.

Deputy Labour Minister Phathekile Holomisa told the 27th Annual Labour Law Conference on Wednesday that the department would, however, seek consensus with labour and business on the proposals before changes to the Labour Relations Act.

The five-month strike in the platinum sector pushed the economy to the brink of recession, followed closely by a four-week violent strike in the metal and engineering sector — the latest examples of instability in the labour market.

The government is grappling for solutions and is set to oversee dialogue between social partners in the National Economic Development and Labour Council.

Commission for Conciliation, Mediation and Arbitration director Nerine Khan said the labour market was at a "crossroads" and the recent challenges were different to those of 10 years ago. Increasingly violent strikes, disputes in which litigation is common, and relationships eroding beyond repair has characterised recent years, creating a need for alternatives.

Ms Khan elaborated on interest arbitration — whether voluntary or legislated — as an option. Interest arbitration is a mediated process between parties in which the arbitrator or arbitration panel makes a binding ruling in the dispute on the grounds that a settlement would be in the wider public interest.

Mr Holomisa reiterated that changing labour laws was no silver bullet to the volatile labour market.

There were fundamental behavioural problems in society. According to the CCMA "conflicting signals" by employees fuelled violent strikes. It seemed that if violence escalated during a strike, employers more readily caved in and responded to demands.

Wage inequality was a systemic feature that put pressure on the labour market. In another presentation, the University of Cape Town’s Prof Debbie Collier said research showed executives earned bonuses of R20m on average.

This was about R55,000 a day — more than the average annual earning of R45,000 for an entry level worker. To help address this discrepancy the government was investigating the possibility of a national minimum wage, strongly lobbied for by organised labour.

Another key challenge for the labour environment was to ensure that all players used the current legal framework optimally.

Bowman Gilfillan consultant and employment and alternative dispute resolution specialist John Brand told the conference that strikes in SA were among the most numerous and violent in the world.

However, Ms Khan said South Africa did not, " by a long shot", have the most strikes in the world.