Smack down for Absa in Joburg High Court

Category Banking
Absa bank was handed a stunning defeat in the South Gauteng High Court last week when its attempt to obtain summary judgment against two home owners was slapped down by the judge. 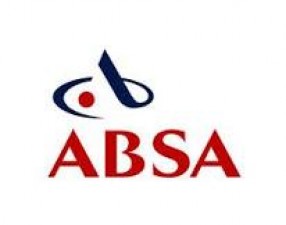 The matter must now go to trial for oral evidence, which will take a year or two.

Absa was attempting to obtain summary judgment against the home owners, James Grobbelaar and Kevin Jenzen, on the grounds that they allegedly defaulted on their loans. But when asked to provide evidence of the loan agreements, Absa produced a standard loan agreement – not the one signed by the defendants.

The bank claimed the original documents had been destroyed in a fire – as they have done in scores if not hundreds of other similar cases. Instead of attaching the loan agreement to its court papers, Absa relied on a so-called “standard agreement” and claimed the originals were no longer available due to a fire which supposedly destroyed thousands of bank documents in 2009.

Securitisation experts have long argued that the prevalence of fires within the Absa group is highly suspicious, particularly as these fires seem to occur with abnormal frequency whenever a client seeks to ascertain whether or not their loan has been securitised. Securitisation is the practice of bundling loans together and on-selling them to investors as a way of freeing up capital by the banks. In doing so, banks lose legal title to the loans and in theory cannot then bring legal action against the borrower, though they have managed to side-step the law by drawing a veil of secrecy over this activity. Banks typically issue a bare-faced denial when borrowers ask whether their loans have been securitised, or they demand that borrowers provide proof of securitisation - a virtual impossibility, given the banks' secrecy surrounding this practice. 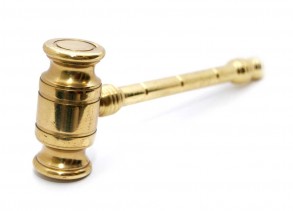 Justice Roland Sutherland issued judgment against the bank, arguing that Rule 18(6) of the court rules requires a plaintiff to produce the relevant documents when seeking to press their case. Absa had not done so. “There is no doubt that a failure to annex the loan agreement constitutes non-compliance with this rule,” said Justice Sutherland.

Advocate Douglas J Shaw, who represented Mr Grobbelaar, argued that the bank had to prove that the documents were in fact destroyed in a fire, something that can only be done in a trial in a year or so, and not in the quick process (summary judgment) that Absa sought to use.

Adv Shaw also spoke of “The Myth of the Standard Agreement”. In its court papers, Absa had attached the agreement that they say is the one they usually use, the so-called “standard agreement”. Adv Shaw held up four different Absa agreements, one with 18 clauses and another with more than 100. He pointed out there were many more variations of the so-called “standard agreements” being used by the bank. It was therefore impossible to ascertain what were the contents of the loan agreement signed by the defendants.

Absa‘s own documents also revealed discrepancies. The interest rates charged the homeowners were disputed, casting further doubt on the bank’s cause of action, and the standard agreement did not correspond with the mortgage bond that had allegedly been lodged with the deeds office.

“Many people who have already received summary judgments or default judgments from Absa can now join an appeal through the court process,” says Adv Shaw.

The judgment reads in part (Absa was the plaintiff in this case, and Grobbelaar and Jenzen the defendants): “In my view, these arguments inspired by the missing loan agreements have in large measure touched upon an important consideration but have obscured the critical point. The starting place must be to recognise that what is critical in legal proceedings is dictated by the relief sought. In summary judgment proceedings, to defeat the plaintiff’s application a defendant must put up a basis why the plaintiff cannot get judgment without the merits of a defence being tested. Whilst a classical defence might contradict the facts upon which the plaintiff relies, it also remains open to a defendant to merely demonstrate that the plaintiff’s averments, where the facts are peculiarly within the knowledge of the plaintiff, need to be proven and an opportunity to test the substance of those averments is appropriate.

“In my view, it would be inappropriate to pre-judge the merits of the defendants’ allegations, and the plaintiff should extricate itself from its regrettable predicament on trial, not by way of summary judgment.”

Justice Sutherland cautioned that while there was a “very real prospect of professional debtors exploiting the processes of the law to unduly delay and obfuscate litigation,” this was an occupational hazard and a fair adversarial litigation system ought to leave this door open. “The essence of the present controversies lies in the realm of marshalling evidence, and the responsibility to construct cases in ways to meet such a challenge is what the legal profession is for.”

A new movement representing people who have been adversely affected by Absa’s fire story has been launched. Stay tuned for more details. Here is the Facebook page. Or you can email the Home Repossessions support group at helponhome@gmail.com. Advocate Shaw is an adviser to this group.
Also from Acts Online: