Category Media
The list of catastrophic events confronting us seems to grow by the day. Bird flu, Islamic terrorists, Y2K, now killer fruit juice. No-one seems to call the fear-mongers propagating these scare stories to account for their miserable track record in predicting the end times, according to Simon Jenkins in the Guardian. 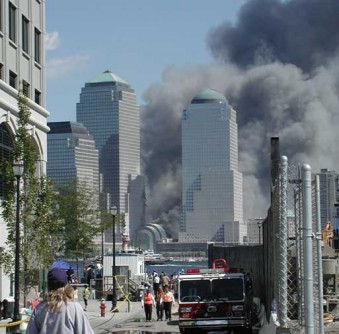 Now it is planes falling from the sky. On Tuesday it was "superbugs threaten return to dark ages". At the weekend it was internet thought-control menace. Last week we had killer fruit juice. The edifice of fear knows no limits, its apparatchiks know no shame.

Had the Guardian leaked yesterday's story from the US about a "stealth bomb alert" at world airports, it would have been accused of traitorously warning terrorists that the authorities were on to their new weapons. Unnamed officials were asserting "a global threat environment" related to plastic explosives hidden in body cavities and tested in Syria. Details of the cells responsible were traced by the BBC to the rightwing American Cato Institute and David Cameron's office confirmed "there are terror organisations that seek to do the UK, its citizens and its allies harm". I am sure – but why tell us now?

A day earlier Cameron was double-barrelling. He held a press conference to smother his European presidency debacle with antibiotics. Banging the drum for Britain, he trumped Jean-Claude Juncker with superbugs posing "a very serious threat. He spoke of "tens of thousands dying", of "unbelievable scenarios" and of a time when "minor scratches could become fatal if nothing is done" – that is, done by him. He said Britain had saved "billions of lives round the world" by inventing penicillin, and would do so again." He appointed a committee.

How to respond to this daily output from the fear factory? At the drop of a headline, prime ministers disappear into "Cobra bunkers", to return telling of blood-curdling threats. These are always backed by "hard evidence" from the government's two most trusty allies, the security-industrial complex and big science and/or big pharma.

There is no better maxim in politics than that of Watergate's Deep Throat, offered in the dark of a Washington car park. "Follow the money: just follow the money." Whenever I see a scare story, read a letter to the press or hear an interview, I crave to know where is the money. I am rarely told.

In the case of security scares – from "Xmas shopping bomb threat" to "Olympics missile menace" – we can see the whites of their eyes. Terrorism is the bread and butter of the post-cold war army, police, the intelligence services and their friends in the security industry. I am told that airlines and their passengers are getting seriously fed up with idiot-scanning queues. They need putting in their place. Hence the "new terror threat to air travel". If the threat really is newly detected, the last thing to do is reveal it.

Cameron's deployment of a health scare is more dangerous. Many people still believe in doctors and scientists, and associate them with reason and probability, not emotion and alarmism. When they say antibiotic resistance is growing, I am inclined to believe them, and agree we should keep medical research abreast of the risk.

Yet what is the risk? Who knows, when they use emotive words such as threat, danger, menace, thousands dead. These are used in conjunction with what is virtually a new grammatical tense, the "future conditional horrific". Unless the subject is given a large sum of money then global warming or a storm, a bomb or a pandemic "may … might … could kill perhaps, possibly millions".

No one deploys this construction to its own gain so freely as big science, be it through professional bodies, research institutes, quangos or pharmaceutical companies. They profess to be models of intellectual rectitude, but we all have to make a living.

After following the pandemic sagas of recent years I remain amazed at the lack of any postmortem, any "truth and reconciliation" by big science to so many false, and immensely costly, predictions. In 2001 scientists warned of "up to 136,000 deaths" from mad cow disease. They did not occur. In 2005, the chief medical officer, Liam Donaldson, warned that bird flu "could lead" to 50,000, even 750,000 deaths. Bird flu is estimated to have infected just 550 people worldwide.

In 2009 an unrepentant Donaldson predicted 65,000 more deaths from swine flu. At the height of this (unjustified) scare, ministers famously declared: "We are not telling women not to conceive" but to "plan their pregnancy carefully". With half a billion pounds splurged on stockpiles of Tamiflu and Relenza, there was widespread scepticism over both the pandemic itself and the efficacy of the drugs. Yet the two leading companies with most to gain, Roche and GlaxoSmithKline, refused to release trial material to monitors from the science NGO, Cochrane Collaboration. Only last year was full disclosure achieved, and Cochrane's scepticism proved wholly justified.

When, in 2010, the Council of Europe held an emergency session on the World Health Organisation's 2009 "pandemic" declaration – crucial to releasing vast sums to drugs companies – its health committee chairman, Wolfgang Wodag, declared the pandemic "one of the great medical scandals of the century".

Journalists investigating the WHO and national drug regimes found stockpiling decisions in both Britain and American were corrupted by drug company involvement. Medical writer Helen Epstein reported thatthe British government adviser, Sir Roy Anderson, received £116,000 a year from GSK while declaring that only Tamiflu and Relenza would avert a 1918-scale flu catastrophe.

Two years ago GSK, which made some $3.5bn during the pandemics, was fined £1.9bn for bribing doctors and misselling child medicines. Had it been journalists bribing policemen, there would have been pandemonium.

Not a week passes without some new lunacy from food science. Fruit is good or bad, cholesterol is good or bad, fats are good or bad. In every case "science" is cited in evidence. This week in the Times, Dr Michael Mosley concluded his clean bill of health for saturated fats by remarking "it is time to apologise to my family for all the useless advice I have been giving them".

Every profession has its bad apples, but most try to discipline them. The Royal Society purports to oversee British science, but where is it when its members clearly cross the boundary between dispassionate research and commercial interest? The truth is that the one disease to which there is no known antidote is panic. It is a disease that politicians and professionals (including journalists) have a vested interest in propagating.