The downing of a Malaysian airliner over Ukraine has been seized by foreign policy opportunists as an excuse to pin the blame on Russia's President Putin, when all the evidence suggests this was a ghastly accident, writes Simon Jenkins in The Guardian. 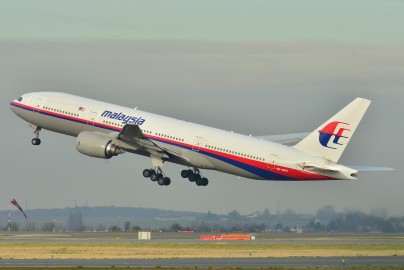 Why does foreign policy default to stupid? From the moment that we heard of the Malaysian airliner shot down over Ukraine it was clearly an accident. Whoever’s finger was on the trigger, the tragedy cannot have been meant. This was not another 9/11. It was cock-up, not conspiracy.

Yet foreign policy craves conspiracy. Vladimir Putin blamed the Ukrainian government. Ukraine blamed the pro-Russian rebels. America’s UN ambassador, Samantha Power, “cannot rule out” Moscow’s responsibility. London howled blue murder all round. There had been blood. There had to be blame.

What happened was a ghastly mess in bandit country, meriting the swiftest possible restoration of dignity for the victims. Yet before even the bodies had been collected, politicians vied with each other for tightening sanctions, ending trade, expelling oligarchs and freezing bank accounts. Soon they were fighting like rats in a sack. Barack Obama was a wimp. François Hollande was an appeaser. David Cameron was a hypocrite. The philosopher Bernard-Henri Lévy hurled down thunderbolts on everyone, “This is the spirit of Munich – appeasement. And it is a disgrace.”

These moments are dangerous. In 1914, the Austrian government declared the madcap shooting of the Archduke Franz Ferdinand a “Serbian government plot” and went to war. In 1983, the Russians shot down a Korean airliner that had strayed over Siberia, killing all 269 people on board. It was clearly an accident, the fighter pilots’ ground control being drunk and panicking. This intelligence was suppressed and the incident exploited to precipitate one of the most scary confrontations of the cold war.

Five years later it was America’s turn, when a US cruiser shot down an Iranian civilian Airbus A300 in Iranian airspace. The US navy wriggled and excused itself, while Iran seized on it as a crime of wanton aggression, aided by America rewarding its sailors with medals. Washington refused to admit legal liability, and took eight years to pay $62m in compensation to bereaved families.

What is terrifying is how such incidents are distorted to suit the interests of revenge. Clearly Putin has been reckless along Russia’s western frontier, backing Ukrainian rebels with enough weaponry to make accidents more likely to happen. Yet the idea that he willed the tragedy is as absurd as that Konstantin Chernenko willed the Korean massacre or Ronald Reagan the downing of an Iranian plane.

Putin must have been as appalled as anyone at the fate of the airliner. It also sabotaged his delicate power play in the region and threw him on the defensive. Intelligence from Moscow suggests that he is bruised and angry, retreating into his circle of hawkish advisers and their nationalist rhetoric. This is the moment Confucius advises us to give the enemy a bridge over which to retreat. Instead, the west’s hawks are having a field day, deriding Putin’s paranoia as if to goad him into doing something worse.

Visiting Russia in the 1990s after its humiliation in the cold war, I found it a sad and dangerous place, not unlike Germany after its defeat in 1918. Yet it was as if no western diplomat had read the Treaty of Versailles, or noted Keynes’ warning of the consequences. Much was done to build economic ties between west and east. Energy, investment and contacts flowed back and forth. Western companies cavorted with oligarchs and kleptocrats. Money stolen from the Russian people gushed into the wildcat banks of Cyprus and London and into the Swiss and British property markets. London must rank as the greatest receiver of stolen goods of all time.

So far, so good. But at the same time, Nato and the EU rolled forward over eastern Europe to the Russian frontier, as if aiming its guns at the gates of Moscow to taunt Russia for its defeat. Nato apologists argued that any country, be it Latvia, Georgia or Ukraine, should be free to join whichever club it liked (albeit objecting when Crimeans voted the other way). Yet only fools can ignore the fact of Russian pride and fear of encirclement. The post-cold war provocation of Putin was good public relations, but it was rotten history.

We are told that east Ukraine is one of many potential explosions that Putin could trigger along the Russian border, from the Baltic to the Caucasus. Everywhere are Russian minorities (or majorities) that could clash with local non-Russians. Europe’s leaders have no conceivable interest in stirring up such conflicts – and yet that was precisely what they sought to do in Georgia and Ukraine.

For Britain – or America – to try and lay down the law along Russia’s extensive borders is barking mad; to use a tragic plane accident as casus belli equally so. It is nothing but breast-beating machismo. Yet again we lurch towards the woolly-headed daftness of economic sanctions. It is beyond hypocrisy for the west to demand sanctions against Moscow when it happily buys Russian gas and sells Russia guns, ships, Knightsbridge flats and places at Eton. These double-standards are of our hand. According to the commons committee on arms exports,Britain currently sells arms worth £12bn to 27 countries listed by the Foreign Office as “of human rights concern”. It cannot enhance world peace to make Europe’s energy more expensive, Russian loans harder to get or Harrods less accessible to “Putin’s cronies”. Putin could not care less.

Economic sanctions are to modern statecraft what mounted lancers were to war in the trenches: magnificent but useless. Their continued deployment defies study after study showing them as cosmetic, cruel or counterproductive. Yet how many times has Cameron emerged from his Cobra bunker to threaten “tighter economic sanctions” against some rogue regime, to absolutely no effect? The rhetoric is always the same, to “send a message”, show resolve, impose a price, not to let “wrongdoing go unpunished”. It is as if Britain were some superannuated school prefect.

The emergence in Moscow in the 1990s of a tough, philistine nationalist like Putin was a near certainty. He may be a nasty piece of work but he runs what it is still a powerful nation. Mocking his pride and testing his paranoia is for fools. The one country that knows this and can keep a sane head on its shoulders is run by Angela Merkel. Thank goodness for Germany.