Category Tax
A recent judgment by the Supreme Court of Appeals sets out rules for a SARS audit. This is based on a case dating back more than a decade when SARS was found to have overreached itself in dealing with a taxpayer, according to Business Day. 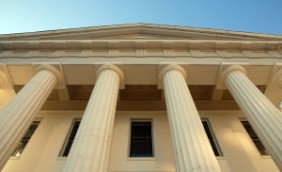 A judgment by the Supreme Court of Appeal sets out the "rules of the game" for an audit by the South African Revenue Service (SARS) on a taxpayer, in terms of the new Tax Administration Act that came into effect two years ago.

In the judgment delivered last month the court found that raising additional assessments in the course of an audit should be based on "proper grounds" and that it was imperative for auditors to familiarise themselves with the business environment in which taxpayers operated.

The court criticised the approach adopted by SARS auditor Jacqueline Victor in an income tax and value added tax audit at Pretoria East Motors in early 2000. It ordered SARS to pay the legal bill.

"Policies and procedures are continuously monitored, reviewed and updated as required. A formal training development programme has been implemented to address skills gaps and to ensure that there is continuous professional development of SARS auditors," Ms Muller said.

The court found that "as best as can be discerned, Ms Victor’s approach was that if she did not understand something she was free to raise an additional assessment and leave it to the taxpayer to prove in due course at the hearing before the Tax Court that she was wrong. Her approach was fallacious," the court found.

Johan van der Walt, head of dispute resolution and tax controversy at KPMG, said the Tax Administration Act made it clear that SARS had to spell out the basis and scope of an audit from the outset.

Ms Muller said the Tax Administration Act provided certain entitlements to the taxpayer, which included the notification letter, a progress report, a findings letter and the recovery of photocopy costs.

The Promotion of Access to Justice Act further required that the raising of an assessment was done in a manner that was administratively fair, which was mirrored in the standard operating procedures SARS had in place.

Andrew Wellsted, head of tax at Norton Rose Fulbright, said taxpayers generally bore the burden of proof in tax disputes with SARS, but noted the stance by the court that SARS was not free simply to adopt a "supine attitude".

The Office of the Tax Ombudsman was also available to taxpayers who felt due process was not followed, Ms Muller said.