The letter business should write to President Zuma, but won't 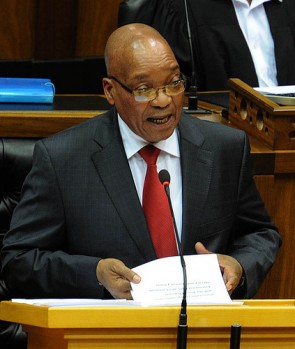 We applaud the business-friendly noises coming from some of your ministers despite the gains of the Economic Freedom Fighters in the recent election. However, we don't believe them. This stocktake will tell you why.

Some of us supported your party's quest for power when we dumped the National Party in the 1980s and travelled to meet you in foreign capitals. We helped you at the Codesa negotiations. Some of us gave the African National Congress accommodation in the building now called Luthuli House.

Others complied with your demand for disinvestment from South Africa, but then reinvested in those heady days after the 1994 election.

Although some of us had doubts about your "transformation" agenda, we endorsed it. We have effected empowerment deals worth billions. We have spent millions to help fix schools and combat crime. All of this is over and above the tax we pay.

We have endorsed your plans for a national health system, although we have doubts about its costs and your health department's ability to run it. We've put your supporters on to our boards.

For little of this have we received any thanks. Perhaps we don't deserve any because we are simply doing our duty as citizens in a country where we enjoy such high living standards.

But your government is never satisfied. We try to meet your empowerment and employment equity requirements, but you shift the goalposts and you now threaten us with heavy fines and imprisonment. You also threaten to undermine property rights in land, mining, oil and gas, security, patents, and other fields. You terminate investment treaties with most of Europe.

Some of your ministers visit our offices and lecture us as if we are recalcitrant schoolchildren. Others tell us to shape up or ship out.

Well, Mr Zuma, some of us have already done that. Others are considering it. When global headquarters sees how your police gun down mineworkers, they wonder whether it's time to pull us out of South Africa ahead of the storm they assume is coming. We sometimes tell them white lies to counter sensational headlines.

Other emerging markets beckon. South Africa portrays itself as a base for Africa. But others are doing the same. Their welcoming tone is refreshing after the hectoring of your ministers.

We tell you little of what we really think because we fear tender blacklisting and having licences withdrawn by officials whose abuse of due process is now legendary in the capitals of the world.
Mr Zuma, it is time you and your colleagues understood that we have more options than you do. You cannot go anywhere. Many of us can. We also know how to exit this country and disguise it as an empowerment deal. If we dump you, it will snowball. Businessmen are as susceptible to the herd instinct as anyone else. When the disinvestment tide started in the 1980s, few could resist it.

We cannot be sure if you will believe this warning. You probably suspect - rightly - that we have all along been flattering you in public and bad-mouthing you at dinner parties. Well, appeasement and hypocrisy have got us nowhere. We have twigged that what we learnt on the school playground is also now at work in the relationship between business and your government: if you ingratiate yourself with a bully, he will bully you all the more.

So we are now telling you in public what we say about you in private. We've had enough of your threats, your corruption, your incompetence, your incessant interference, your empty promises, your racism, and your ideological fantasies. You and your party and your communist friends are killing the goose that lays the golden egg, including your personal golden egg.

If you really want investment, growth, and jobs, you had better get serious before it is too late.