Category Human rights
The SA Human Rights Commission is investigating the eviction of several hundred families from Lwandle in the Western Cape. The commission says it is concerned about the manner of the evictions and the delay in providing alternative shelter. 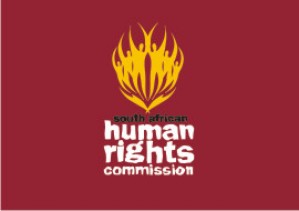 The South African Human Rights Commission (SAHRC) says it has been monitoring the evictions of approximately 200 families that took place in Lwandle, in the Western Cape.

The SAHRC says it is concerned about "the manner in which the evictions were executed, with the delay in providing shelter and failure to timeously plan for the provision of alternative accommodation afforded to the victims who were left homeless in the rainy cold Cape Town weather."

"The SAHRC condemns the excessive use of force by the police and security personnel against the residents, especially women and children during these evictions," says the Commission in a statement released over the weekend.

"The SAHRC expresses its concern with the manner in which the interdict was enforced and non compliance with provisions of Section 26(3) of the Constitution.

The Commission is currently investigating the matter and will engage with all parties in order to obtain all relevant information to inform its investigation in this matter.

"In the meantime while the long-term solution is sought, the SAHRC calls on the City of Cape Town and National and Provincial Government to urgently find alternative accommodation with sufficient access to water and sanitation for affected families.

"We are encouraged by the current interventions from the Minister of Human Settlements and we call on the Department of Transport to suspend all evictions until a favourable solution is found."

SA Press Association reports that about 846 families living on Sanral land next to the N2 highway in Lwandle were evicted on Monday and Tuesday last week because of an interim court order obtained last year. Their shacks were demolished and set alight. Many lost their personal possessions and were left with nothing but the clothes they were wearing.

The SAHRC was also concerned with the manner in which the interdict was enforced. The SA National Roads Agency Limited (Sanral), the owner of the land, was granted an eviction order by the Western Cape High Court earlier this year.

The Commission called on local and national government structures to urgently find alternative accommodation - with sufficient access to water and sanitation - for those evicted.

The families have been accommodated and provided with food at the Nomzamo community hall in Strand.

Sanral has subsequently offered to move the residents to a piece of land it owned as a more permanent solution.

The Commission called on the transport department to suspend all evictions until a suitable solution was found.